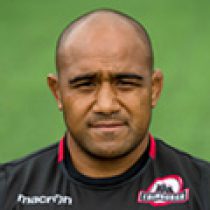 The Pacific Islander’s explosive on-field approach has earned him cult status at Sixways, playing 168 games and scoring 23 tries since his arrival in 2006, and with whom he reached the final and semi-final of the European Challenge Cup in 2008 and 2009. On top of six seasons in England’s top flight, he arrives with four seasons of Super Rugby experience with the Chiefs & 16 years International Experience. Sadly he missed out on the 2003 RWC but played in both the 2007 & 2011 Tournaments. He will make it a 3rd successive tournament in 2015 when he was selected for the Tongan squad