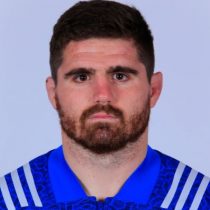 French hooker Adrien Pelisse was called into the Castres senior squad in 2012 and remained a squad member until 2016.
Although he was solid at the set pieces Pelisse struggled to cement his spot in the Castres starting line up and was subsequently loaned out to Pro D2 side Aurillac.
The hooker performed well and was signed by Top 14 side Bordeaux Begles for the 2017/18 season.