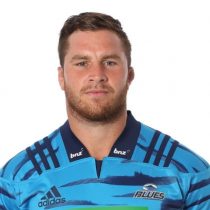 Smith played most of his junior rugby at Kumeu Rugby Club and then went to Massey High School and was part of the Massey 1st XV through to 2004.

In 2005 at 18, Adrian arrived at Massey Rugby Club to play under 21's with a group of school friends. Then the following year was appointed captain of the under 21s and the team went on to win the North Harbour championship.

The 2009 season was another season with the Massey Premiers and at the end of the season Adrian decided to go overseas to Scotland for his rugby OE and spent 6 months with the Glasgow Hawks and
then returned to NZ and the Massey club in 2010.

2011 saw him being selected as a member of the ITM cup side.

Smith was included in the Highlanders 2017 Super Rugby squad and made 2 appearances before joining the Blues 2018 Super Rugby training squad.