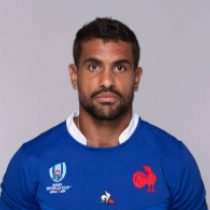 The young centre made the big move from Paris Universite Club to Clermont in 2008. Fofana has yet to reach his enormous potential but we have seen glimpses of a player who could take the game by storm. His unfathomable ability to penetrate top class defensive lines is jaw dropping.

In June 2016, he was called into the French national team to prepare for the 2016 November Tests. Following injuries Fofana missed a couple of season in the national side but earned a recall in June 2018 ahead of the tour to New Zealand for Jacques Brunel's men.

After 172 matches for Clermont, Fofana signed a new deal that will keep him at the club until at least June 2023.

Ahead of the 2019 Six Nations, he has had 18 previous 6 Nations appearances scoring 30 points.

Fofana later announced that he would retire from international duty at the end of the 2019 Rugby World Cup but a thigh injury cut his international career short as he was ruled out of the France squad.