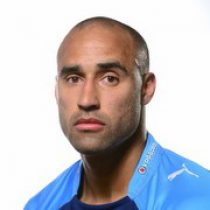 Waylon Murray was schooled at Westville in Durban and played all his junior rugby for the Natal Sharks. He made his Super Rugby debut at the age of 20 in 2006 and quickly became a regular fixture in the Sharks Super Rugby and Currie Cup teams.

At the end of 2012 Murray signed with the EP Kings with the aim of playing for the Southern Kings in Super Rugby.

After the 2013 Super Rugby season, he joined the Blue Bulls, signing a contract with the Pretoria based team until October 2014. He failed to break into their Super Rugby squad and was limited to 6 appearances in the 2013 Currie Cup Premier Division and 8 in the 2014 Vodacom Cup.

At the end of 2014 he returned to Durban, where he linked up with the Sharks for their Super Rugby pre-season.