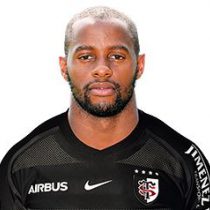 Mjekevu, a King Edward VII School old boy, represented Lions at youth level before making his Super Rugby debut for Lions against the Stormers in 2010.

A week later he scored a hat-trick when Lions lost to the Chiefs 65-72. In 2012 Mjekevu returned to is hometown in Durban and played for the Sharks, but after failing to make the Currie Cup team and having to play Club rugby the following year in Durban Mjekevu moved to French Club Perpignan, where he spent 2 seasons, in which he scored 16 tries in 36 matches.

In 2015, Mjekevu returned to the Sharks on a two year contract and was named in the 2016 Super Rugby squad, but he failed to make an appearance in the first 13 games and was subsequently loaned to the EP Kings for the rest of the season.

Wandile signed for Toulouse as a medical joker at the start of the 2017-18 Top 14 season.

The versatile back made an immediate impact at the club making 10 appearances scoring 2 tries. At the end of the season he secured a deal with his former club Perpignan ahead of the 2018/19 season.