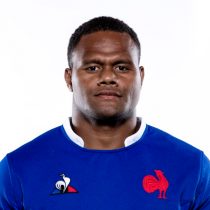 He began his career in Fiji playing for his school Nasinu Secondary School before getting recruited by France-based Fijian winger, Sireli Bobo and joining Racing 92 in 2010. He was mentored by another former flying Fijian in Simon Raiwalui.

In October 2016, he was included again in the French 15's team even though he had yet to play for a Top 14 team. He played his first game on the wing against Samoa, scoring three tries. He played a week later against Australia scoring a try in their 23-25 loss.

The Fiji-born Vakatawa partnered Noa Nakaitaci on the wings and was renamed alongside Noa in their final test of the year against New Zealand. He was also named in the French 7's team for the 2016 Dubai Sevens a week later. He did not tour Argentina in the summer but returned to start all three autumn internationals, scoring a hat-trick against Samoa & one against Australia.

Vakatawa scored six tries in 13 Tests before going on tour with France in South Africa. Offers were also made by Pau and Lyon to acquire his services, but a return home made sense.

He was named in France's squad for the 2020 Six Nations.