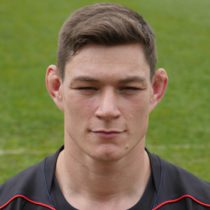 Born in Swindon, Lindsay is a dynamic, ball carrying hooker who began his professional career with London Wasps in the 2008-2009 season. A former member of the Saracens academy system, Lindsay attended St.Mary's University and has been involved in several England Saxons squads.

In May 2017, Bedford Blues announced the signing of former England Saxons hooker Lindsay for the 2017/18 Championship campaign.

Lindsay joined the Goldington Road club following a short spell with Saracens during which time he also impressed in a Blues jersey during the Mobbs Memorial game in March.

Having come through the Academy at Saracens, Lindsay went on to make 129 appearances for Wasps and it was during this time that he was selected to represent England Saxons in the 2010 Churchill Cup.

Tom moved to Gloucester in 2015 and has gone on to gain Championship experience having played for London Scottish in 2017.