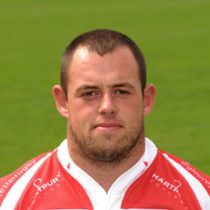 A product of Gloucester academy, Heard signed his first professional contract with Plymouth Albion until their relegation which prompted his move to Nottingham on the back end of the 2014/15 campaign.

His first season at the club saw the young prop go on to make 19 senior appearances.

Front-row specialist, ex-Hartpury student Tom Heard, returns to Gloucestershire for the 2017-18 campaign after playing professionally for both Plymouth Albion and Nottingham, where he performed at Championship level.

Like many of the announced signings, Heard will study for a degree at Hartpury alongside his rugby commitments.