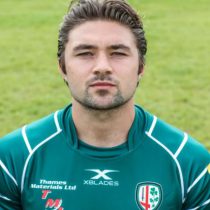 Having worked his way through the academy at London Irish, Fowlie is considered as one of the clubs brightest young talents.

The versatile youngster, with speed in bucket loads, is fast making a name for himself as a natural finisher. He is comfortable both in the centre and on the wing his powerful running style gives him a presence that belies his age.

The academy graduate made 14 appearances for the Exiles in the 2017/18 season and underlined his credentials with a well-taken try away to Newcastle Falcons in Round 5 of the Premiership.

Having made his Premiership debut against Harlequins in 2014, the former England age group international re-signed for London Irish for the 2018 season.