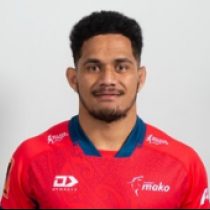 Havili represented New Zealand Secondary Schools' in 2016, winning the Golden Boot as NZ's best player, played for Auckland in 2017 and helped the Auckland Under 19 side to the Graham Mourie Cup (Premiership title) in the Jock Hobbs Memorial National Under 19 tournament. For his efforts, he was awarded Player of the Tournament.

He made one appearance for the Blues in Super Rugby during their 2018 match against the Rebels.

Havili joined the Crusaders in 2020 as a powerful ball carrier and defender.

He heads into the 2020 Mitre 10 Cup season having made 16 appearances for Tasman Makos.