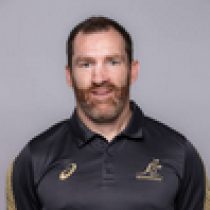 He moved to England to play two seasons for Bath from 1999 to 2001 and was selected for the Barbarians in 2000. He returned to Australia to join the NSW Waratahs, making 38 Super 12 appearances and scoring 57 points (including 6 tries) between 2003 and 2006. He was capped on five occasions for Australia A, before returning to Europe.

After a further three successful seasons at Bath from 2006 to 2009, Berne had made a total of 119 appearances for that club all competitions (totalling 282 points), including 27 European caps. He then joined Irish province Leinster for two seasons, coached by Michael Cheika. Berne played the final two seasons of his professional career at Italian club Calvisano.

Since retiring, he has worked in elite player development for powerhouse Irish club, Leinster. In late September 2016, Western Force strengthened their coaching team by appointing Berne as the club’s Attack Coach for the 2017-2018 Super Rugby seasons.

Berne followed Dave Wessels to Melbourne Rebels in 2018 and at the end of the 2019 Super Rugby season he was named as the Wallabies new attack coach ahead of the Rugby World Cup in Japan.