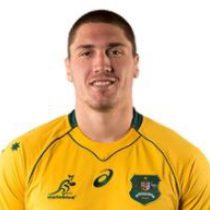 McMahon was born and raised in Brisbane and took his first steps in senior rugby with GPS in the Queensland Premier competition.

Represented Australia Schoolboy's in 2011, at the age of 17, before becoming Australia's youngest ever player to play for the Australia 7's.

In May 2014, McMahon was named to captain Australia in the 2014 IRB Junior World Championship in Auckland, after making the squad in 2012 in South Africa.

McMahon won a Rugby Sevens Bronze Medal at the 2014 Commonwealth Games in Glasgow & won the Buildcorp National Rugby Championship (NRC) Player of the Year award after starring for the Melbourne Rising.

His display's saw him named as a member of the Melbourne Rebels extended squad for the 2014 Super Rugby campaign & played the season opener against the Cheetahs.

Capable of playing anywhere in the back-row, he made his debut on the European tour at the age of 20, scoring a try against the Barbarians before starting the next week versus Wales.

He was named in Michael Cheika's squad for the 2015 RWC, playing twice against Uruguay and Wales, scoring two tries against the South America's in a comfortable win.

At the end of the 2017 Super Rugby campaign, McMahon confirmed that he will be leaving to join Japanese Top League side Suntory Sungoliath on a two-year deal.