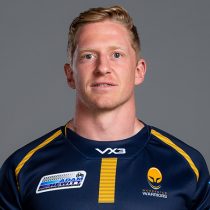 Playing EP Kings U21 in 2011, the fullback then got called up to the senior side in 2012 where he was given the kicking duties for much of the season. 2013 saw his inclusion in the Southern Kings Super Rugby squad.

The experienced kicker racked up an impressive 405 points in 64 games for Eastern Province Kings between 2012 and 2015, before making the move to Western Province in 2016.

2017 saw him make the move to the Northern Hemisphere to play for Jersey in the Championship where he made ten appearances before signing for Worcester Warriors in February 2018.

In December 2018, van Breda became the latest player to commit his future to Worcester Warriors by signing a new two-year contract.