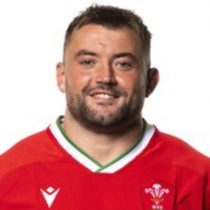 Sam spent the 2010/2011 season playing for Llandovery in the Principality Premiership. He appeared 16 times for the Drovers that season, mainly coming off the bench, but managed to rack up 2 tries. Sam was also selected for the Wales Under-20 squad that year and played 4 times, starting in the win over Scotland Under-20s.

Injuries meant he was fast-tracked into the Dragons squad on a more regular basis at the beginning of 2012. His second appearance was in the final Amlin Challenge Cup Pool match against Prato and made his first start a week later in the LV= Cup match against Ospreys at the Brewery Field.

One of the most powerful players at the Liberty, the physical and hard-hitting front-rower has remained outside of the Wales squad despite form that has seen him score nine tries in 2016-17 and achieve 11 turnovers in the Pro12.

Parry joined the Ospreys from the Dragons in 2014.

After 77 appearances for the club, he signed a new two-year contract at Ospreys, having been with the club for four seasons.

As of May 2020, Sam has made 96 appearances for Ospreys and is the only forward to score two try hat-tricks in the Pro14.

The Haverfordwest-born forward signed a contract extension for another season, keeping him at the Swansea-based region until 2021.