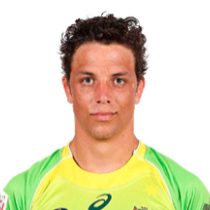 A hard-running backrower, Sam Figg was born in Johannesburg, South Africa before moving to Australia where he had earned a call up to the Australian Sevens side in 2013.

Figg suffered a neck fracture in late 2014 and despite being told he might not play again, the man they call ‘Figgie Smalls’ recovered very well and by the end of 2015, has established himself in the NSW Eagles’ no.8 jersey.

Figg's performances for the Eagles earned him a deserved selection for the NRC Barbarians team that toured New Zealand in November 2015.

He continued to be a standout performer for the Eagles in the NRC before joining the Australian Sevens program in January 2016 with the desire to play at the Rio 2016 Olympics.

Figg left Australia's Sevens set up in 2017 and joined Major Rugby League side the Glendale Raptors ahead of the competition's first season.