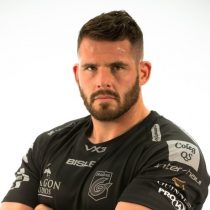 Bevington hails from the famed rugby breeding ground of Bridgend where he honed his skills at the local club, Ryan also played for Porthcawl, Bridgend and Aberavon before joining the Ospreys.

He earned international honours for Wales at U16s, 18s, 19s and 20s, playing in 29 out of 32 possible age grade internationals over that period before his senior international debut against the Barbarians in 2011. His last Wales outing was four years ago against Italy in the 2014 Six Nations.

The front row received his first cap for the Ospreys in 2007 at just 20 years old, he amassed over 100 appearances for the Liberty Stadium based region.

In August 2016, Bevington crossed the Severn Bridge to play his rugby at Ashton Gate, signing on a two-year deal with the Premiership side.

In February 2018, Bevington penned a two-year deal to return to Wales and join the Dragons after two seasons with Bristol Rugby.