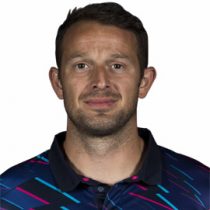 Martial began his career with Narbonne in the Pro D2, scoring 115 points in three seasons, before moving to Castres.