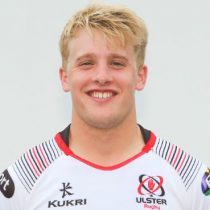 If ever an Irish player looked like he grew up in New Zealand, it's Lyttle. His ability to contort his body to ensure a successful grounding of the ball is NRL-like, and Lyttle is already impressing at PRO12 level.

In April 2017, Lyttle, who is a current member of the Academy, was rewarded for his excellent development this season with a place on the senior panel. Having made a significant contribution to Les Kiss' squad making 8 appearances.

He had started every game for his side in 2019 but had not started in the new year.