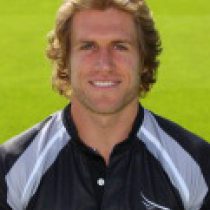 Mayhew is English qualified, with the Auckland-born forward hoping to follow in the footsteps of the likes of Shontayne Hape, Riki Flutey and Dylan Hartley into the England fold.

Mayhew made his debut against Bath on the opening day of the 2011-12 Aviva Premiership season and went on to make 16 appearances that year.

He has also made over 70 appearances for the Falcons in four seasons. He also spent time with Esher RUFC in National One and North Harbour.

In August 2017, the back rower was named Yorkshire Carnegie's new captain, succeeding from Ryan Burrows who left the club that summer.

The Carnegie captain became the first player to pen a new contract with the Championship club for the 2018/19 season.