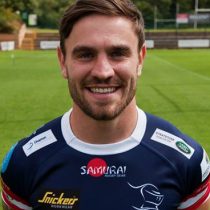 Dougie topped the Championship's point scoring charts in 2015, and was named as the League's Player of the Month for March and selected in The Rugby Paper's team of the year.


He picked up representative honours with Scotland at Under 20 level as well as representing his homeland.