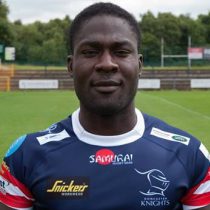 The speedster's efforts for the Club have also earned him a Guinness World Record, as his try after just seven seconds vs Old Albanians in November 2013 was judged the quickest ever in a competitive rugby union match.