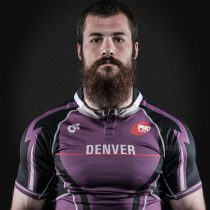 Moore began playing rugby in 2015 for Sioux Falls High School. He played rugby for the rest of his high school years and attended Southwest Minnesota State University on a football scholarship.

Moore was invited to train at the USA OTC 7s in 2015. He played for the Denver Stampede before moving to Auckland, New Zealand to play for the Silverdale Rugby Club.

In March of 2017, Moore was brought into the North Harbour Mitre 10 Cup training squad. He represented North Harbour in 7s and 15s, including a 10s tour to Kuala Lampur Malaysia. November 2018, saw Moore making his USA Eagles debut against the Maori All Blacks and his first official cap against Manu Samoa.

2019 saw him sign a deal with Major League Rugby side Utah Warriors.