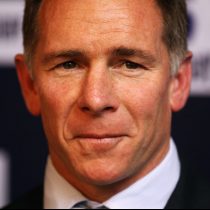 Friend began his professional coaching career when he worked within the Australian Institute of Sport rugby programme in 1995.

He went on to hold assistant coaching positions at the Waratahs and the Brumbies, where he worked as skills coach under Eddie Jones.

On the international stage, Friend worked as part of the Wallabies coaching team for the Tri Nations Series in 2002 and the Rugby World Cup in 2003. He guided the Australian Under-21 team to the final of the World Championships in 2005.

In 2005, Friend worked as head coach of Harlequins, under director of rugby Dean Richards, from 2005 to 2008 before returning to Australia to replace Laurie Fisher as head coach of the Brumbies.

After his time in charge of Brumbies in 2011, he worked as a head coach in Japanese club Canon Eagles for four seasons.

In May 2018, Friend was confirmed as Connacht's new head coach on a three-year deal, taking over from Kieran Keane who left the province at the end of the 2017 season.