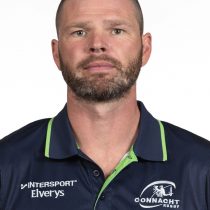 Wilkins began his coaching journey with the RFU before moving to Australia where he progressed within the Queensland Reds from Regional Rugby Manager to Defence Coach.

He retained his role with new head coach Andy Friend and signed a new deal in 2019 for a further two years.