Where are they now? The 2009 Emerging Springboks that drew with the Lions

12 years ago today, the British and Irish Lions were dealt a blow in their preparations for the Test Series against the Springboks as they failed to put an Emerging Springbok side away drawing 13 all in Cape Town.

The clash at Newlands delivered an arm-wrestle in wet weather with the result coming down to the final kick of the ball.

We take a look and see how those 22 uncapped players have faired since the match up.

15. Zane Kirchner
Kirchner made over 30 appearances for the Springboks and won 2 Super Rugby titles and one Currie with the Bulls making 81 appearances in Super Rugby before signing for Pro 12 side Leinster in 2013.
He went on to earn 82 caps for Leinster and scored 2 tries in their victorious Pro 12 final in 2014 before signing for Dragons ahead of the 2017/18 Pro14 season.
Kirchner went on loan to the Bristol Bears before he was released by the Dragons at the conclusion of the 2018/19 season.
The now 36-year-old hasn't played top flight rugby since his release from the Dragons.
14. Luzuko Vulindlu
Vulindlu made his Super Rugby debut for the Sharks ahead of the 2009 British and Irish Lions Tour but failed to cement a spot in the Super Rugby side.
He left the Sharks in 2011 and joined French side Agen for one season, before returning to South Africa with the Griquas.

Vulindlu got another crack at Super Rugby in 2016 with the Southern Kings and was part of the first Kings side that featured in the PRO14.
Vulindlu has since left the Kings is it not playing top-flight rugby. Living in Cape Town, Vulindlu now works with a dietary supplement company.
13. Deon Van Rensburg
Van Rensburg played the British and Irish Lions twice on the Tour, the other appearance for the Highveld XV.

After the tour, he continued his career with the Lions Super Rugby and Currie Cup sides until a persistent leg injury led to him missing the 2014 Currie Cup and eventually his retirement.
Van Rensburg made over 50 appearances for the Lions in Super Rugby. He has since moved into coaching in Randfontein and works as a pharmacist. 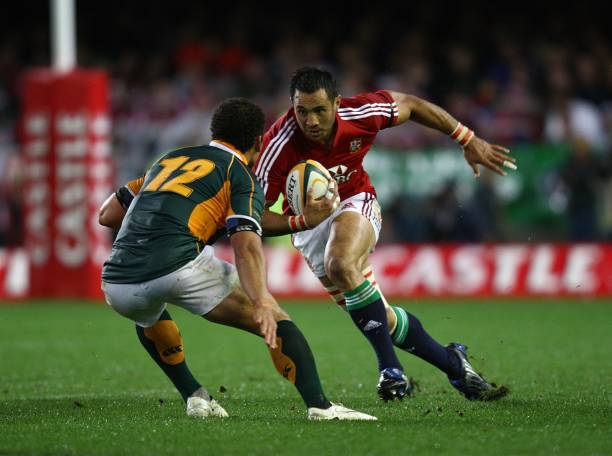 Newman went on to represent Western Province 60 times in the Currie Cup before moving to the Cheetahs, in 2011, for a short spell before joining the EP Kings for a six-month spell later in that year.


Newman went on to play club rugby in the Western Cape has since opened up his own gym in the Cape and appears on a radio station in Cape Town.
11. Bjorn Basson
Basson built a reputation around his fantastic ariel ability and sheer pace with the Bulls that lead to him earning 15 Test caps for the Springboks.

In 2017 he left the Bulls and joined the Stormers for the 2017 Super Rugby season and has made over 90 appearances in the competition.
He enjoyed a stint in France before signing for the Southern Kings. A stint in Russia with Enisei-STM before moving to America in 2021, where he represents San Diego Legion along side a number of fellow countryman.
10. Earl Rose Rose continued to play for the Cats in Super Rugby before moving to the Stormers in 2011.

He spent one season with the Stormers before joining the Griquas later the year.
Rose represented the Griquas in the 2011 Currie Cup before he moved back to the Western Cape where he played club rugby.
Rose has since had some controversy as he has been accused of theft.
9. Jano Vermaak 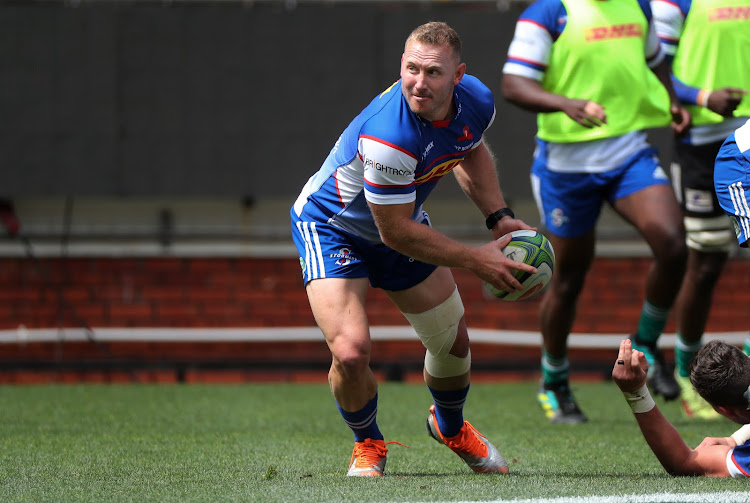 Vermaak continued to represent the Lions until 2011 when he was signed by the Bulls. In 2013 he was called into the Springbok squad and made his Test debut against Italy. Vermeulen is arguably the most successful Emerging Bok from 2009 having gone on to win a Rugby Championship and has featured in two Rugby World Cups for the side, winning the most recent one.
He has also played over 50 tests for the national team and could feature against the Lions for the test team this year if he recovers in time.
He has enjoyed stints in France and Japan but returned to South Africa, plying his trade with the Bulls.
7. Dewald Potgieter (captain) 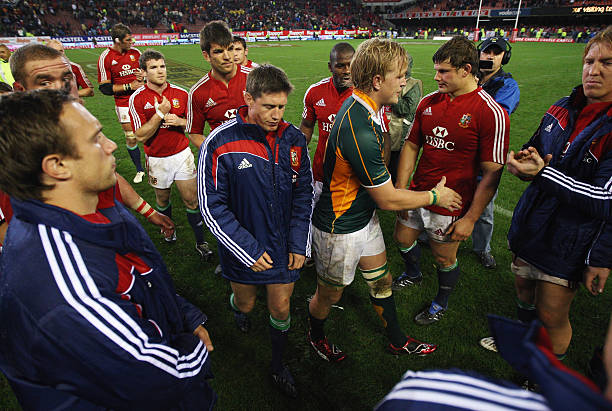 Potgieter made his Test debut against Ireland in 2009, a few months after leading the Emerging Springboks to an exciting 13-13 draw against the British & Irish Lions. Potgieter was part of the Bulls team that won back-to-back Super Rugby titles in 2009 and 2010.
He left the Bulls after the 2014 Super Rugby season and joined Japanese side Jubilo where he spent 3 years.
In 2016, the 8 test cap Springbok joined English side Worcester Warriors and announced his retirement at the end of the 2018/19 season.
He is now the Managing Director of a transport and logistics company and Chairman of a Fuel Tech Solutions company.
6.  Jean Deysel
Deysel earned 4 Springbok Test caps and made over 150 appearances for the Sharks before he joined Pro12 side Munster.

He helped Munster to a Champions Cup semi-finalf and a Pro12 Final before signing a deal to join Ulster for the 2017/18 season.
Deysel's career was cut short in October 2018, when he called time on his career following the advice of doctors.

He returned to South Africa where he works for an Insurance Brokers company for heavy commercial vehicles.

5. Steven Sykes
The talented second-rower impressed the Springbok coaching staff and was named on the bench to face the British and Irish Lions in the second test.

He unfortunately not able to make his debut in the match. Sykes spent a large portion of his career with the Sharks before joining Leinster in 2011 for a short stint.

He returned to the Shark in 2012 before joining the Southern Kings where he stayed until the end of the 2016 Super Rugby season when he left the side to join Pro D2 club Oyonnax.
Since his retirement, he has returned to South Africa and now works as a broker consultant.
4. Wilhelm Steenkamp

Steenkamp moved around Super Rugby clubs as he represented the Bulls, Sharks, Cheetahs and Western Force before joining Top 14 side Brive in 2016.

Steenkamp was released from Brive at the end of the 2016/17 season and no longer plays top-flight rugby.

He returned to South Africa, coming back to his family farm in Williston in the Northern Cape. 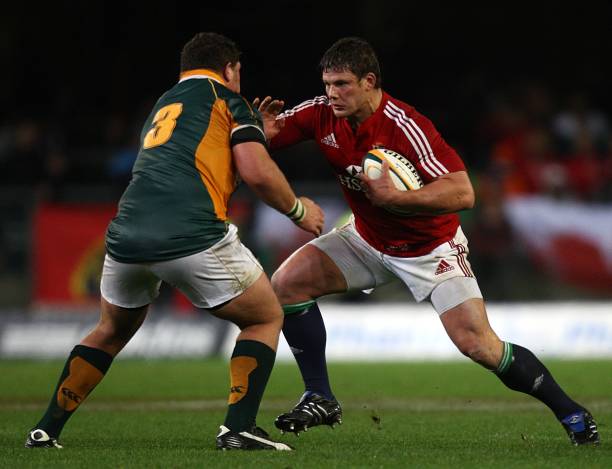 Kruger made over 116 Super Rugby appearances for the Bulls and earned his test debut against Australia in 2011.


He made 3 other appearances for the Springboks before signing for Scarlets in 2016 and helped the side to victory in the 2016/17 Pro12 final.
A hugely reliable front-row operator, Kruger featured regularly for Scarlets over the years making over 122 appearances.
He announced in February that he would be retiring at the end of the 2020/21 season.

Maku made his Springbok debut in 2010 against Italy and went on to win the Super Rugby title with the Bulls in 2009.

At the end of the 2016 Currie Cup, Maku announced his retirement from the game. His career saw him represent the Lions, Bulls, Southern Kings and Springboks.
He retired with 1 Test cap to his name and is now employed with the Bulls as a key account manager at the franchise.
1. Wian Du Preez
Du Preez made his Test debut against Itlay in 2009 before joining Irish side Munster where he spent 3 years before he returned to South Africa for a brief stint and then Lyon ahead of the 2014/15 season.

He retired from professional rugby in 2016 and has moved back to South Africa and works in finance.
Replacements: 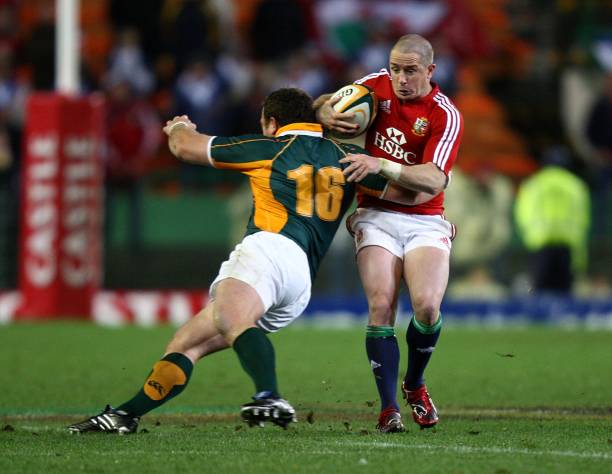 Liebenberg continued to be a vital cog in the Stormers Super Rugby pack and made his official test debuted against Australia 2012, having represented the Springboks against the Barbarians in 2007.
He retired after the 2014 Currie Cup and has gone on to be the head coach of the Central University of Technology in the Free State.

Cillers represented the Sharks until 2011 when he moved to the Lions. He spent two seasons with the Lions before joining the Stormers for the 2013 Super Rugby season.

He made his Test debut for the Springboks in August 2012 vs Argentina and made a further five Test appearances before signing for Montpellier in 2014.

He now works at a Civil Engineering company and founded a spirit company.

Van der Merwe made his Springbok debut against  New Zealand in 2013, which remains his only test cap, and left Irish side Ulster to sign for Cardiff Blues.
Van der Merwe signed for London Irish in 2017 and helped the side regain promotion to the Premiership.
He was released ahead of the 2020–21 season.
Jacques Botes
Botes became a Sharks legend making over 200 appearances for the Durban-based side (Currie Cup + Super Rugby) before retiring in 2014.

He retired as the most-capped Currie Cup player in the competition's history.
He now works as a Sports Mentor, MC, Public Speaker and is a general manager of a golf and country estate. 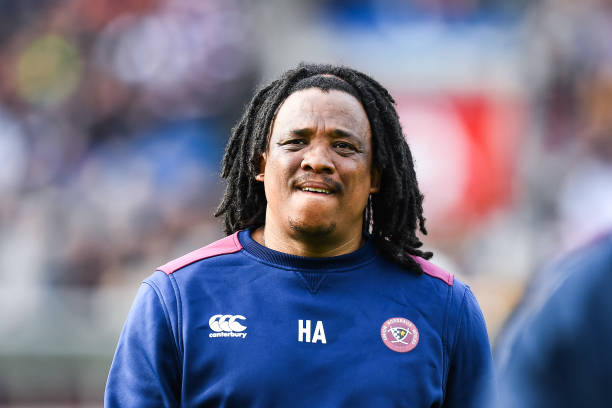 Adams made 2 Test appearances for South Africa in 2009 before he moved to Bordeaux. He retired from professional rugby in 2015 and has since been involved in coaching.

In 2017, he joined the coaching staff of the French Barbarians that played against South African A.
Adams coached at Biarritz Olympique before moving to Bordeaux. He was also voted as Bordeaux's best scrumhalf of the last 10 years in a fans vote done by Sudouest.

The 31-year-old, at the time, converted Danwel Demas' try in the final play of the match to draw the game.

De Waal did not go on to represent the Springboks but instead moved to France and linked up with Benetton Treviso and retired in 2012.
Danwel Demas

Demas furthered his career in France when he joined Pro D2 side Aironi in 2010. He returned to South Africa in 2011 and represented the Boland Cavaliers well into his thirties.
He also played some club rugby in the Western Cape in 2015.