Big wins for Munster, Connacht and Leinster while Ulster fall to Ospreys 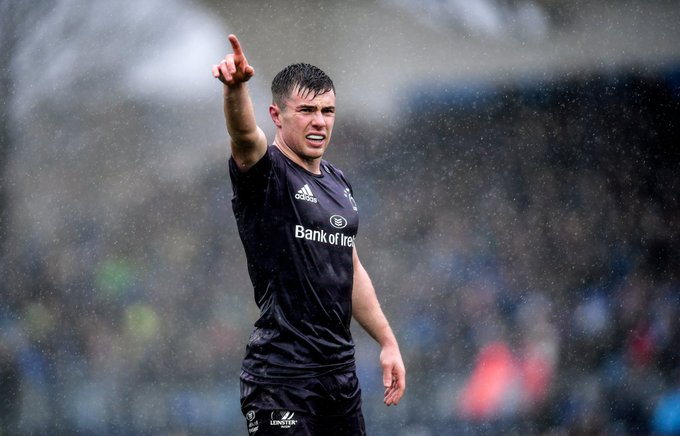 A depleted Leinster squad were still strong enough to defeat the Cheetahs 36-12 in Dublin last night. The victory takes Leinster to an impressive 11 straight victories.

Connacht’s set-piece work was sharp, stealing three of the Blues’ line-outs in the first half alone, and they took full advantage of all-too-often sub-standard tackling to build a score of 29 to the Blues’ zero.

A rain-soaked Liberty Stadium saw Ospreys hold out for a two-point victory over Ulster in a tightly contested match. Full reports

Jaguares overhaul Reds as Stormers leave it late against Lions The Reds squandered a promising lead in Argentina as the Jaguares claimed their second win of the season.

Julian Montoya's hat-trick propelled the Jaguares to victory over the winless Reds, while the Stormers pipped the Lions late in a Super Rugby thriller. Full reports

Bordeaux-Begles back on top after victory over Lyon, La Rochelle stunned Lyon surrendered first place in Top 14 as they lost away to Bordeaux-Begles, who won a contest that was closer than the scoreline suggests.

Bordeaux-Begles scored two tries in the last eight minutes to earn a 37-19 win over Top 14 rivals Lyon that moved them above their opponents at the league summit.

Elsewhere, La Rochelle failed to keep hold of third place as they fell to a last-gasp 21-20 loss away to struggling Stade Francais. Full reports London Irish handled challenging conditions impressively to win at Harlequins, while champions Saracens were too good for Sale Sharks.

Curtis Rona scored a pair of tries as London Irish secured a 29-15 derby win at Harlequins, while Premiership high-flyers Sale Sharks were brought back down to earth by beleaguered Saracens.

Irish stunned title contenders Northampton Saints last time out and followed that up with a convincing bonus-point victory at The Stoop on Saturday. Full reports The record victory for Munster also saw the debut of flanker John Hodnett who was named man of the match in the win.

Hodnett was played a pivotal role in Ireland's U20 side that claimed Six Nations grand slam glory last year and seamlessly slipped into the PRO14, albeit against a poor Kings side.

Fainga'a hat-trick not enough as Highlanders deny Brumbies late on The Brumbies looked to be heading for victory following a Folau Fainga'a hat-trick, but they were unable to hold off the Highlanders.

Folau Fainga'a scored a hat-trick for the Brumbies but they fell to a last-gasp defeat against the Highlanders, with the Chiefs and Hurricanes also victorious in Super Rugby on Saturday.

Josh Ioane converted Teariki Ben-Nicholas' 83rd-minute try beside the posts as the Highlanders snatched a 23-22 triumph over the Brumbies at GIO Stadium. Full match report The British and Irish Lions are lining up what would be a historic test match against the Brave Blossoms ahead of their tour to South Africa according to a report by Gavin Mairs at the Telegraph.

The lucrative first Test match against Japan ahead of their tour of South Africa next year could be the warm up game Warren Gatland has been searching for before departing to the Republic.

It is understood that the 2019 World Cup hosts, who shot to prominence after stunning victories over Ireland and Scotland to reach the quarter-finals of the tournament, are top of a shortlist of opponents for the fixture that also includes the Barbarians. Full story

The South African Rugby Union is set to extend the contract of Springbok director of rugby Rassie Erasmus until at least 2023 according to Erasmus’ lawyer.

Earlier this week, SA Rugby president Mark Alexander said it was ‘hands-off’ when it came to Erasmus and that ‘there is no way we would let him go’.

Erasmus’ lawyer, Frikke Erasmus, told Rapport newspaper: The extension of his term of office is at an advanced stage and expected to be finalised in the coming week.’ Full story

WATCH: Rassie Erasmus' speech to the Springboks before the World Cup Final

Sam Skinner and Matt Fagerson have been added to Scotland's Six Nations squad for the rest of the tournament.

Wasps in talks with a former player to replace Dai Young Former World Cup-winner Joe Worsley has been linked with a return to his former club Wasps.

Worsley is set to take charge of his former club after it was announced that Dai Young, who had been in charge since 2011, is to ‘step back’ from first-team duties with the Coventry-based Premiership club for an unspecified period.

The Rugby Paper has reported that Worsley has been approached about re-joining Wasps ahead of next season. Elliot Daly has followed Jamie George's lead by signalling his intent to remain with relegated Saracens.

The English and European champions will drop down into the Championship next season after breaching the Premiership's salary cap rules.

Uncertainly surrounded several of Sarries' international stars but England hooker George became the first to commit his future to the club earlier this week. Full story