Head coach Gary Gold has made four changes to the starting XV with three new faces on the bench as the USA Men’s XVs National Team faces Ireland for the first time since 2018 on Saturday, KO 2:15 PM ET.

Taking place at Aviva Stadium in Dublin, ¯ will serve as Captain following an impressive performance against England last week at Twickenham. The USA struggled in the first half, coming back for a thrilling second-half performance that saw them outscore their British counterparts 26-17 for a final score of 43-29.

The USA Men and Ireland last met in 2018 when the Irish were ranked No. 2 in the world. While the Eagles fell 14-55, it was their first test match loss all year.

Ireland are currently fourth in the world, having defeated Japan in a close 39-31 last week at home. The USA are ranked at No. 16. 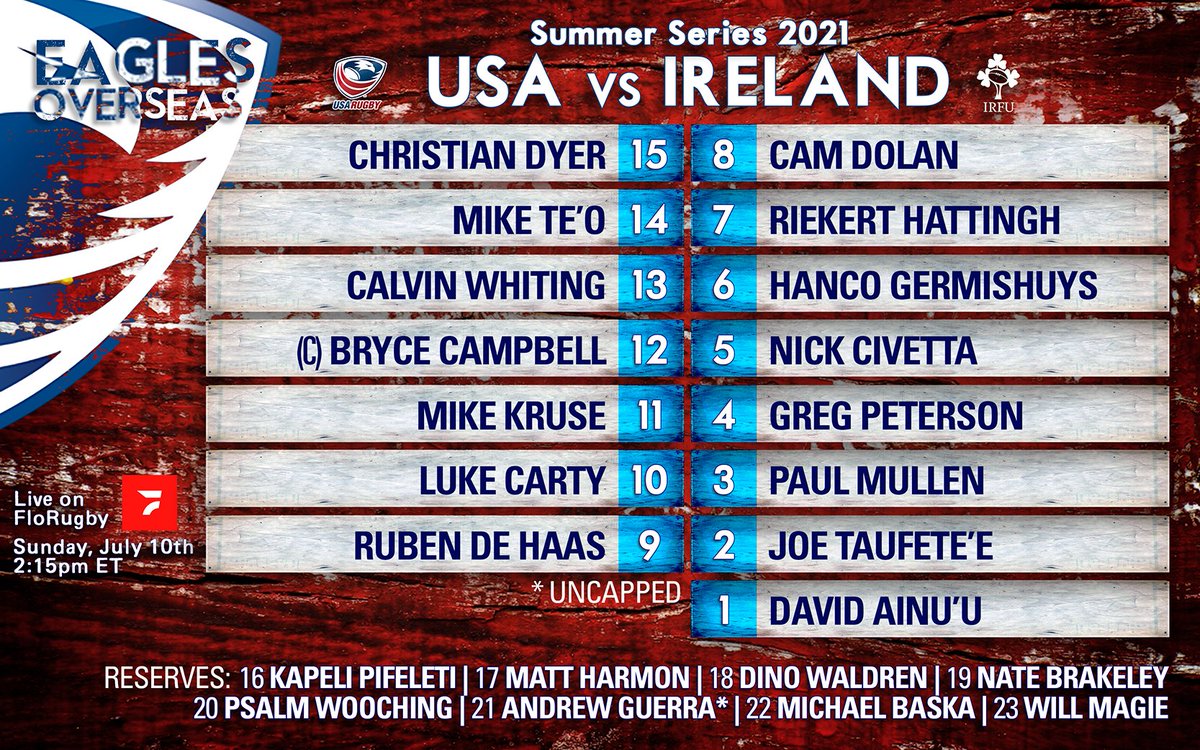