Exeter have claimed their second Premiership title beating Wasps 19-13 in the final on Saturday.

The longest season in the competition came to a thrilling end as Exeter managed to beat a spirited Wasps side that hardly gave them an edge the entire game.

The rollercoaster season kicked off in October last year and has seen plenty of drama as Saracens were found guilty of breaking the salary cap and ultimately relegated while Wasps went from 10th in the league to eventual finlast.

After a fantastic season, we pick our team of the season.

Although the signing of Max Malins offset Piutau's absence at fullback in the latter stages of the competition, the former All Black was sorely missed by Pat Lam's side.

The 29-year-old made the most running metres and carries in the competition while only Nathan Hughes beat more defenders.

He also scored twice for Bristol over the season and grabbed six try assists. 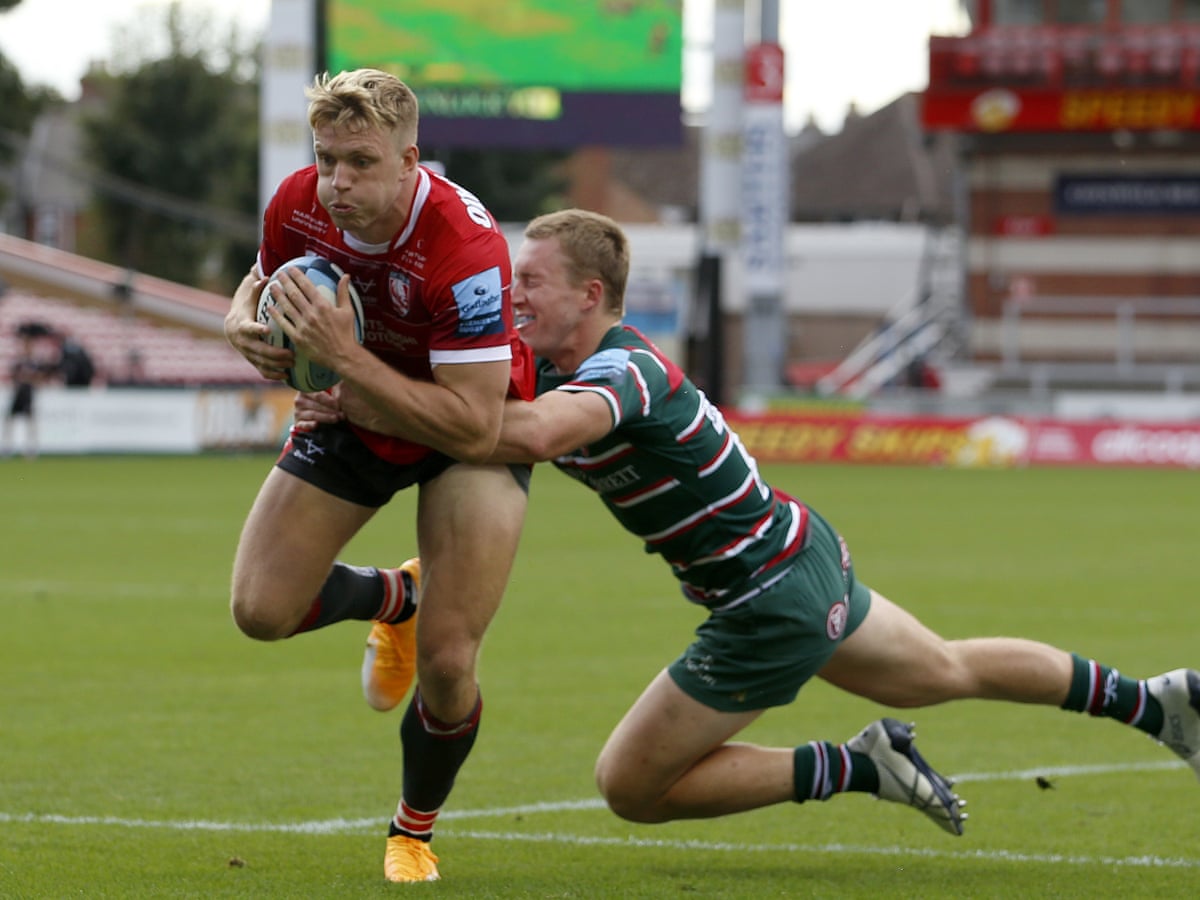 The joint top scorer in the league this season, Ollie Thorley was fantastic throughout for Gloucester even though the side struggled to get results after the resumption of the season.

In his 16 games in the Premiership, Thorley made 908 running metres scored 11 tries and beat 50 defenders making 25 clean breaks. 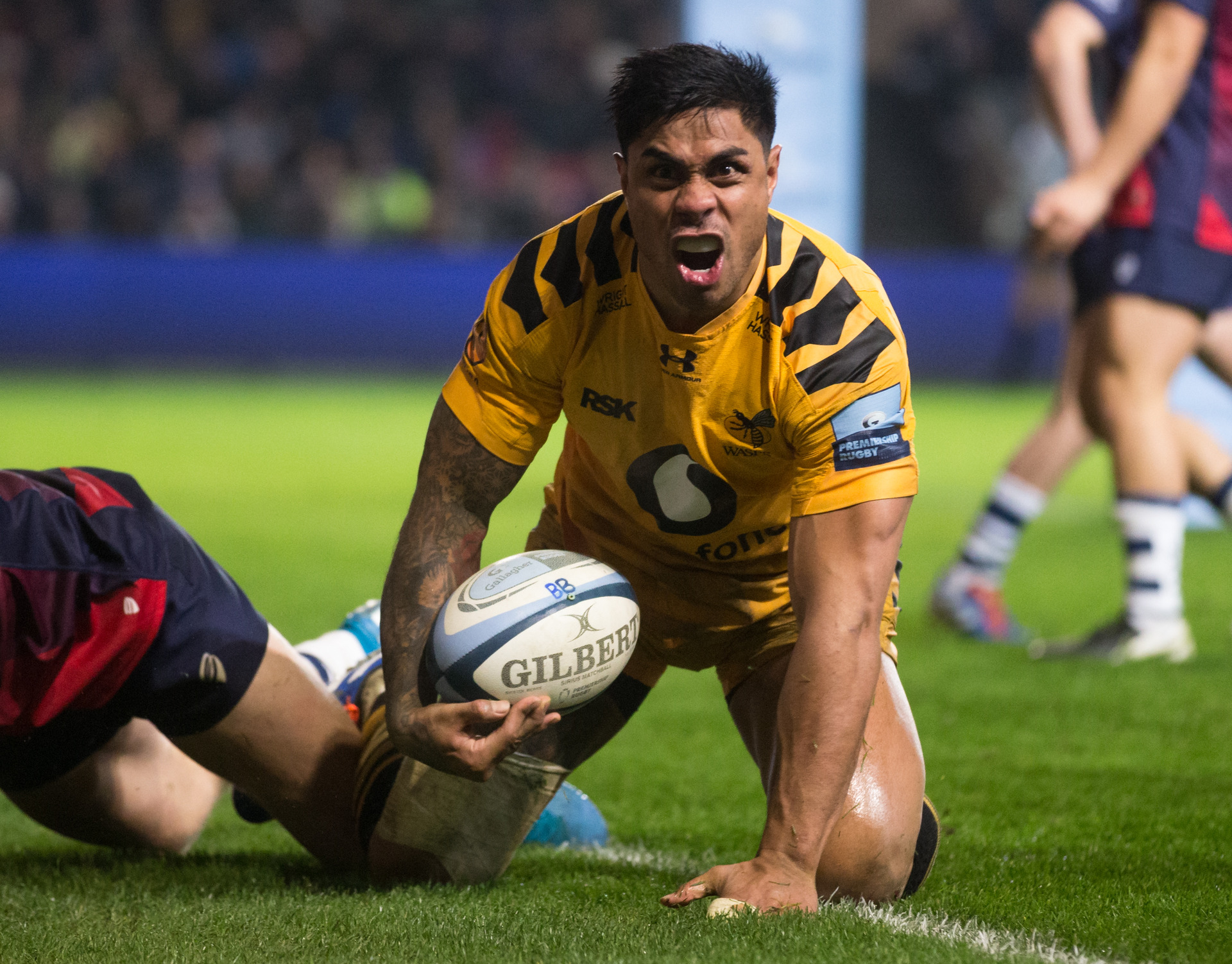 A tough choice in the centres with a number of incredible candidates. Semi Radradra was sensational once he made the switch to Bristol but played just 8 games.

Nick Tompkins and Duncan Taylor were both excellent for Saracens while Henry Slade performed wonderfully for Exeter as too did Jonathan Joseph for Bath.

Possibly the closest rival to Fekitoa in our team of the competition was Worcester Warriors' Ollie Lawerence would enjoyed a breakout season for the side.

In the end, Fekitoa gets our #13 jersey in a season where he was brilliant for Wasps even when the side was struggling for results. A solid defender and potent attacker. 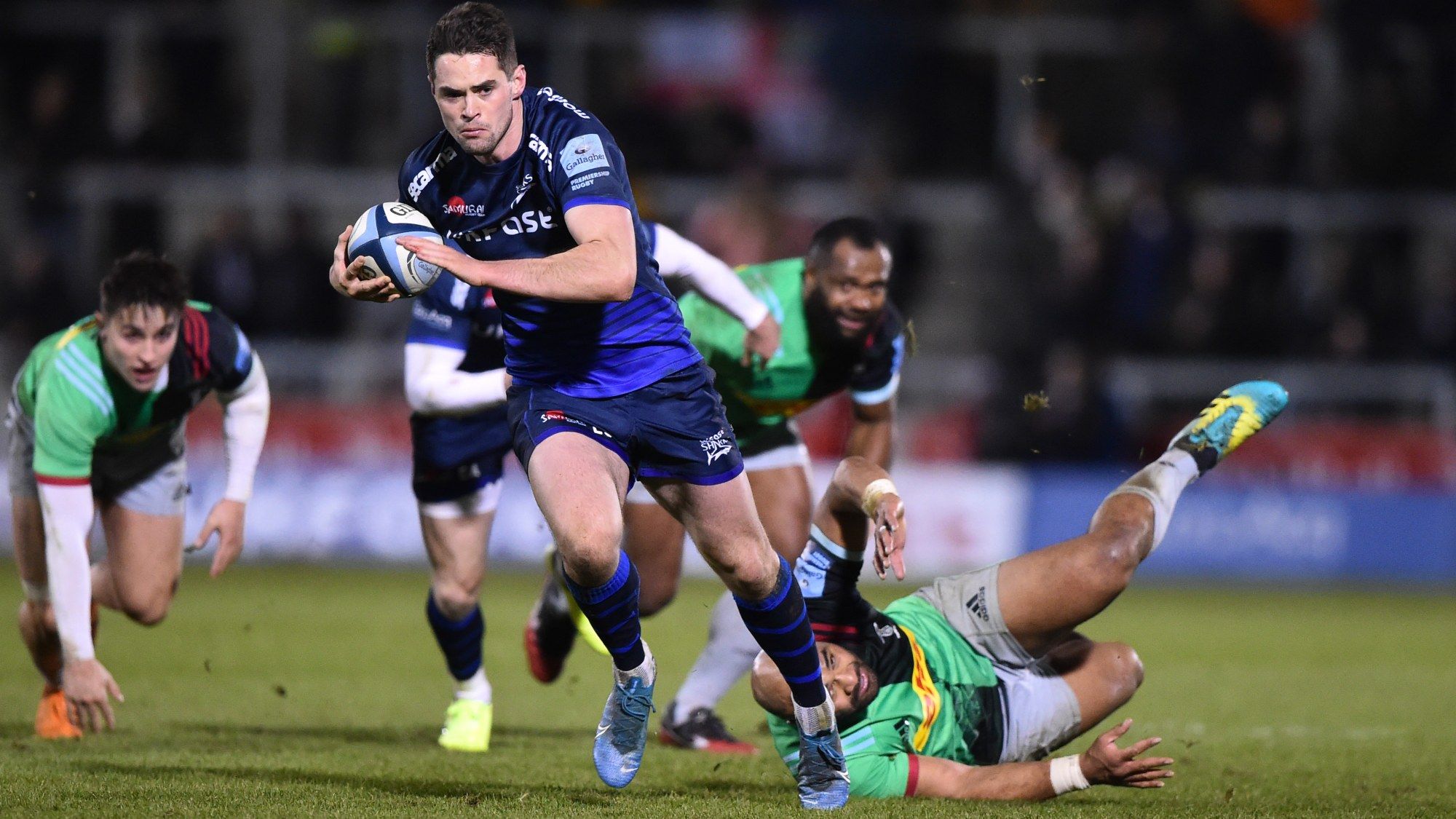 The Sale Sharks relied a lot on the James brothers throughout the season and they both did not disappoint.

Consistently fine performances from Sam sees him get the nod in our team of the likes of Ian Whitten and Jimmy Gopperth. 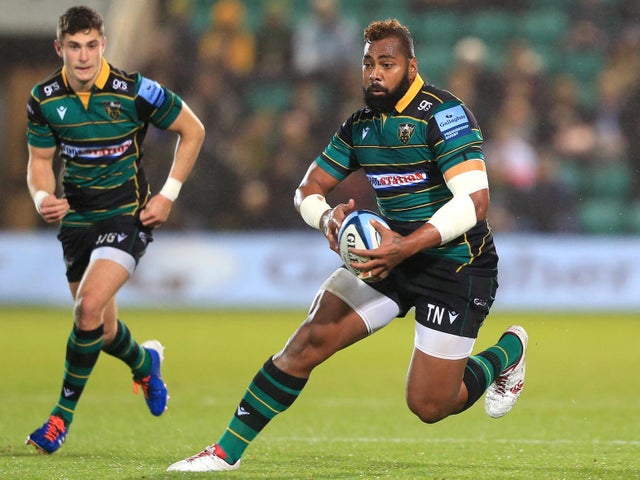 It's easy to forget just how brilliant Taqele Naiyaravoro was when Saints excelling in the season pre-lockdown.

The massive  Wallaby made the second most metres in the competition and was in the top five for defenders beaten.

A lot of Bristol's success in the competition was built around the form of Callum Sheedy who shone from the start of the competition right through to the end and was rewarded with a  test call up.

To be fair, there were a number of excellent candidates from the role with Jacob Umaga also impressing throughout for Wasps and the same goes for Exeter's captain Joe Simmonds. A standout for both clubs he played for this season, Ben Spencer was sensational for Bath while being consistent for Saracens before making the switch.

He does enough just to pip the likes of Harry Randall, Dan Robson and Faf de Klerk for a place in our side. 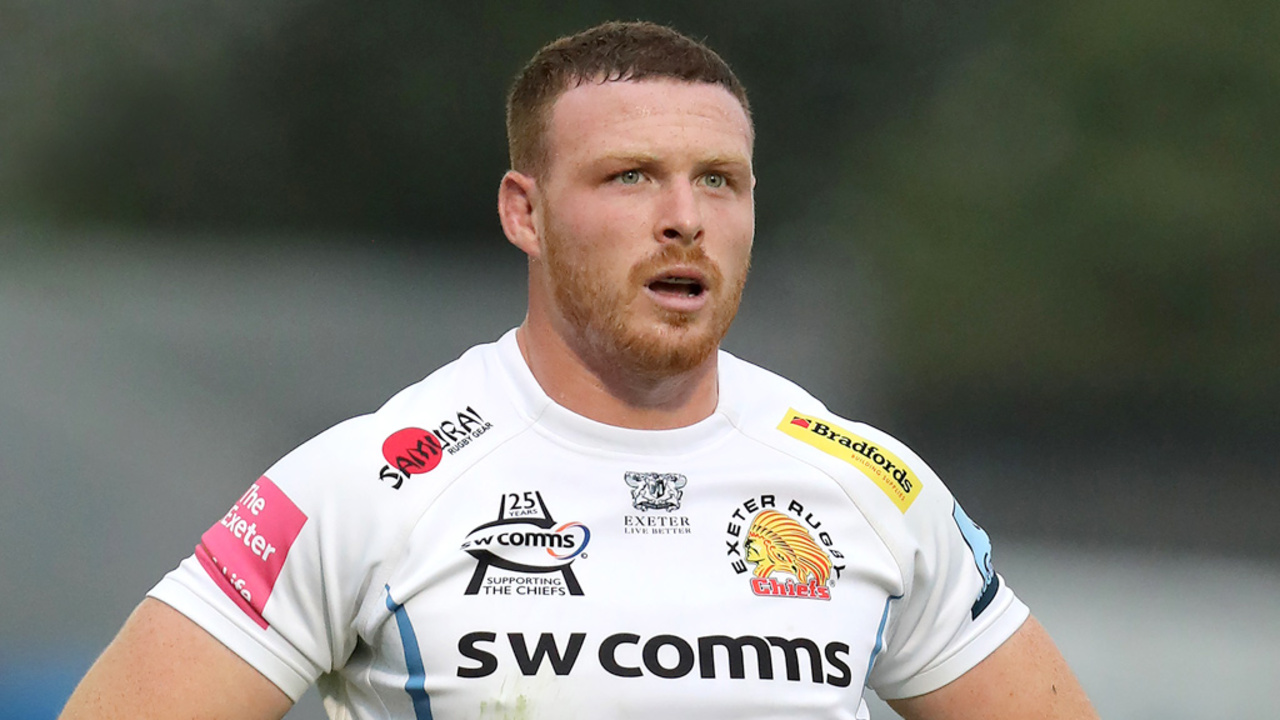 Dan du Preez and Nathan Hughes pushed Simmonds all the way for inclusion in the squad but in the end, the Premiership and Champions Cup winner takes the no.8 jersey.

Simmonds was excellent throughout for Exeter and hardly had an off day the entire season. 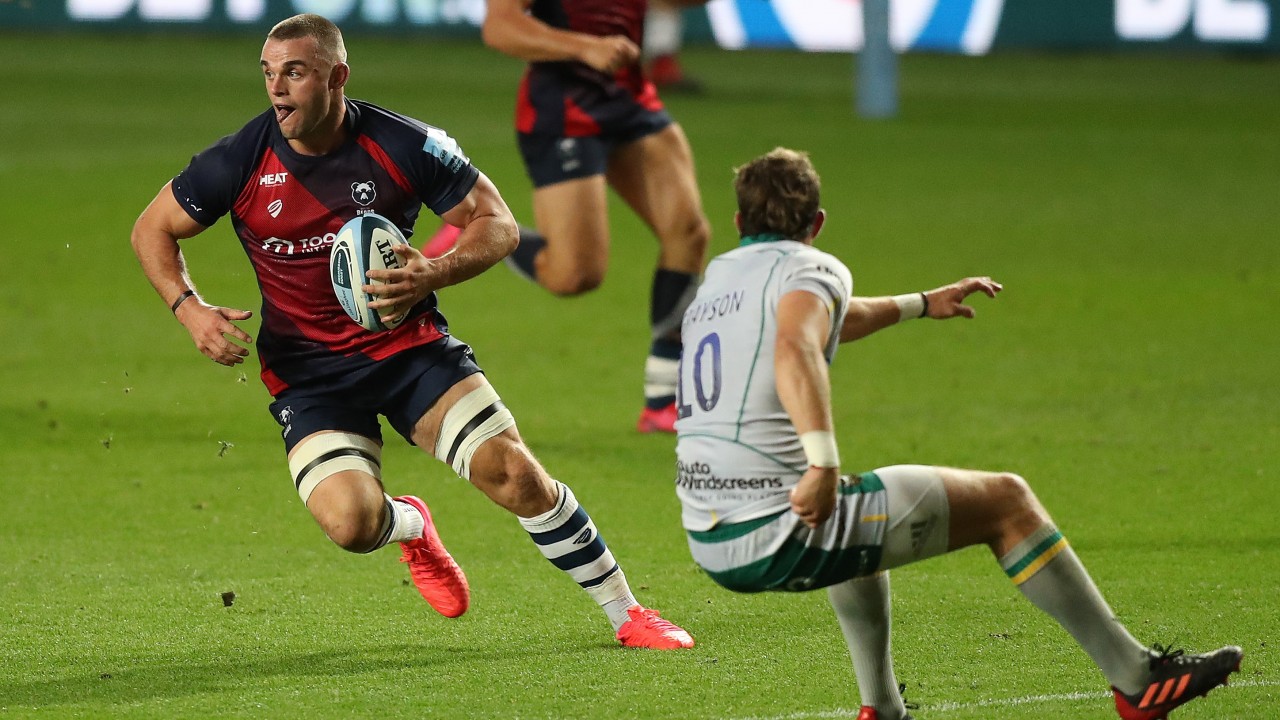 After a superb start to the season with Saracens, Ben Earl extended his fine run of form with the Bristol Bears after the resumption of the competition.

A nightmare for the opposition's defence, Earl ended the season as the joint top scorer. He was tirless on defence and a menace at the breakdown. By some way the best player at the breakdown in the competition this season.

Willis was voted as the Player's Player of the Season after making an incredible 46 turnovers, 27 more than his closest competitor in Blair Cowan.

While there were a number of excellent blinside flankers including the Curry brothers, Steven Luatua and many others, the runner up goes to the top tackler in the competition in Jono Ross who was once again a standout for Sale Sharks. 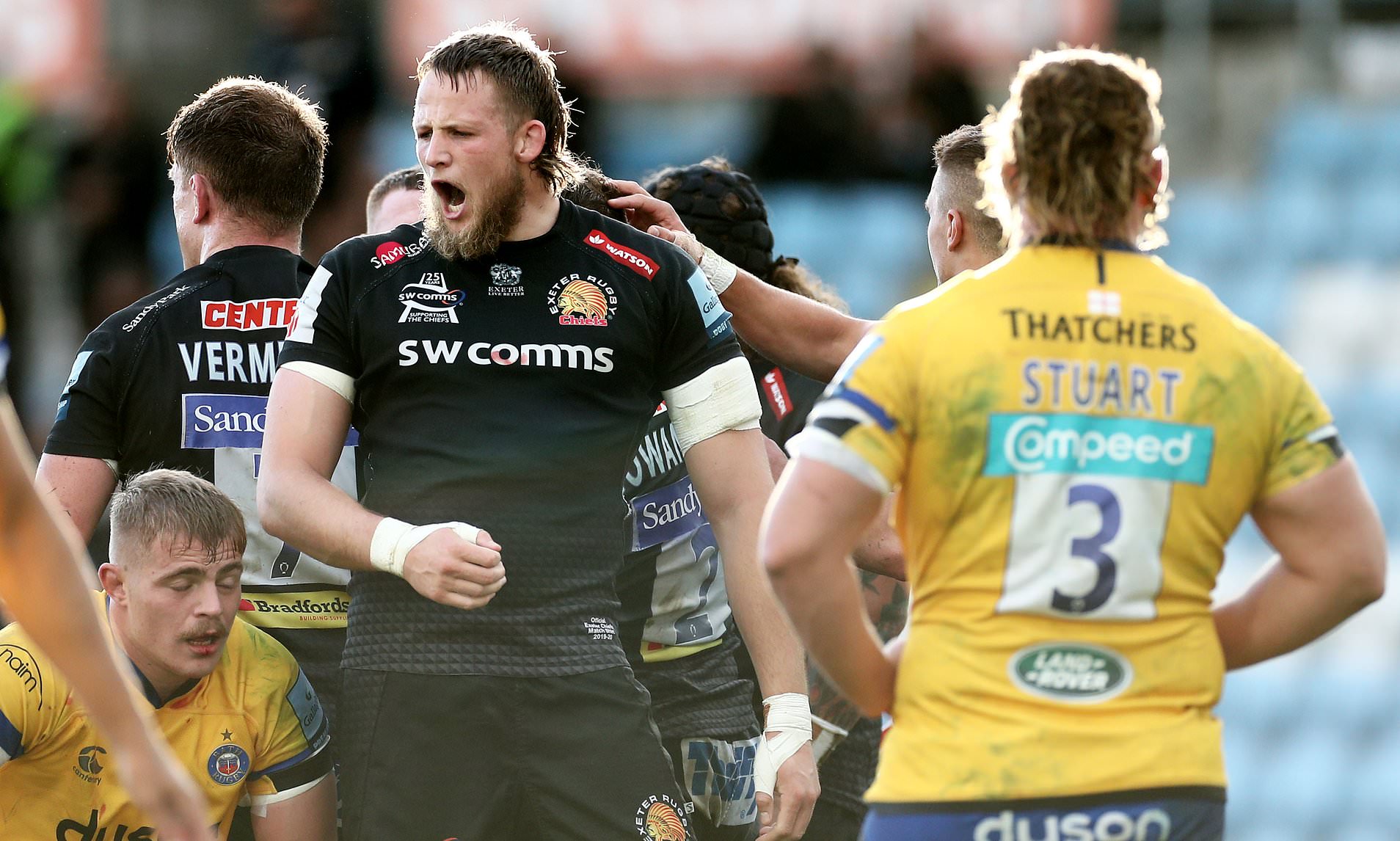 A workhorse throughout the season, Jonny Hill dotted down 10 times for Exeter in the Premiership this season while still shining in his key roles of making tackles, carries and being a target at the lineout.

A key member of the Exeter pack, Hill may still get his chance to debut for England later this year. 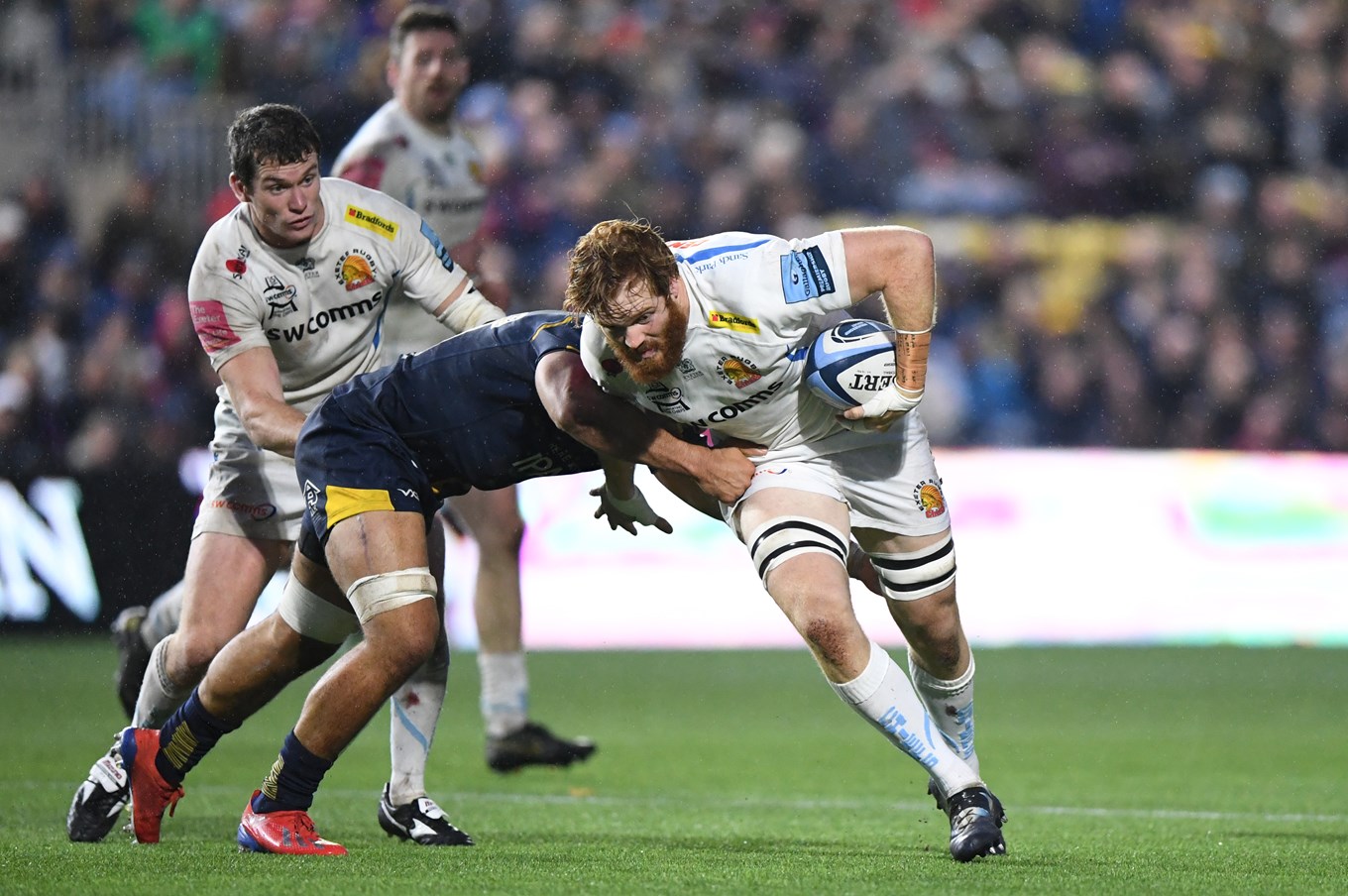 Maro Itoje will always be in the running for a place in the second row in any competition he features in but we have gone with an all Exeter second row.

Kirsten's performances have often been overlooked this season but he has been pivitol to Exeter's run this season.

Slotting in the second row or back row, he has worked tirelessly in every single game he has played often hitting double digits in tackles and carries. 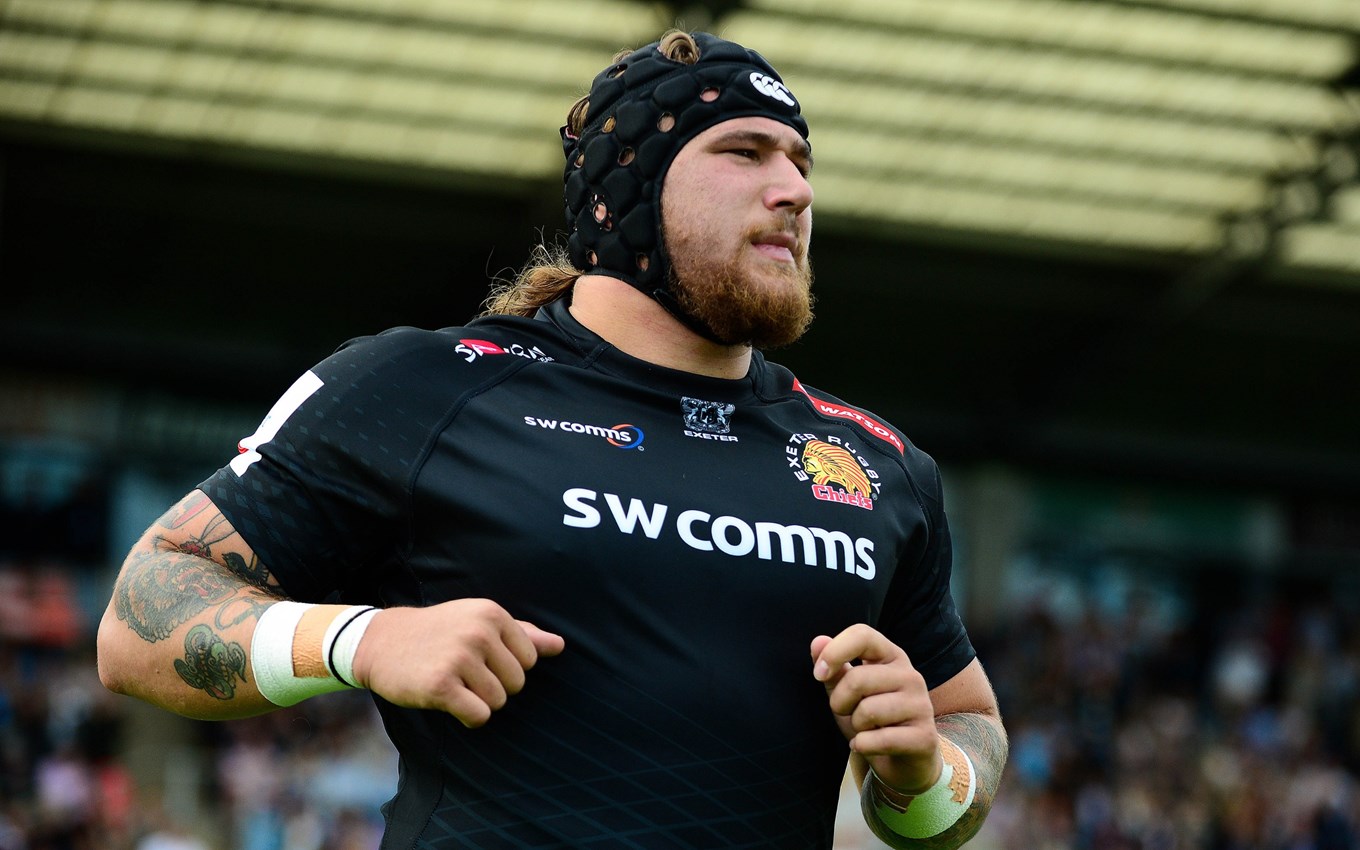 Exeter's style of play relies heavily on how well the pack performs up front and Harry Williams was consistent for the side throughout the season. His scrummaging was solid while he was yet another one of their big threats close to the line.

Runner Up: Will Stuart (Bath) 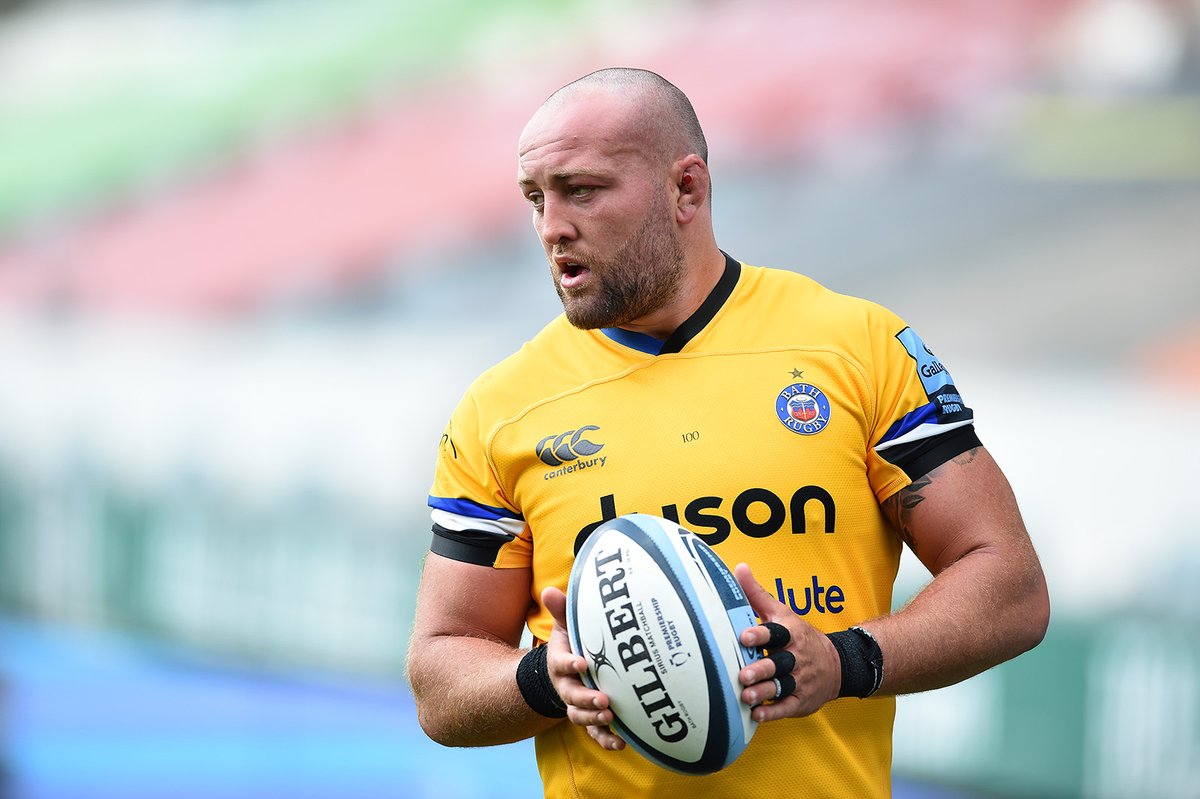 Bath's run into the playoffs would not have been possible if it weren't for their excellent front row and Beno Obano was crucial to this.

The 26-year-old was a cornerstone of their scrum while impressing in the loose as well. His form has been rewarded with a look into the England squad.