The Talented Group Of Stars From The U20s Class Of 2008

In 2008, Sixteen teams assembled in Wales for what was then dubbed as 'the inaugural IRB Junior World Championship 2008'.

The competition replaced the U21 IRB Junior World Championship with the u20 now become an annual event until 2020 when the competition was called off.

The inaugural Junior World Championship winners were New Zealand with the star-studded clinching a 38-3 win over England in the final at Liberty Stadium.

We take a look back at some of the stars who featured in the competition in Wales, and there are A LOT of them.

While there weren't too many stars from the u20 side in 2008, there were two notable stars in the side. Kini Murimurivalu has gone on to be a standout in the TOP14 with Clermont and La Rochelle with the fullback signing for the former right after the competition.

Another star in the side went onto play Super Rugby in Australia and feature for the Wallabies on 19 occasions to date. Henry Speight featured for Fiji and has since become an legend on the wing for the Brumbies and Reds, scoring tries against every single Super Rugby team.

Like Fiji, Canada didn't have too many future stars in their ranks but they did have sevens and 15s international Nathan Hirayama, who has become a regular in the sevens set up. 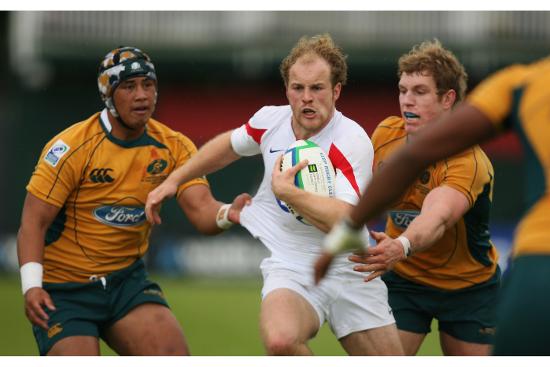 The 2008 Junior Wallabies side was jam-packed with future stars. David Pocock captained the side with the likes of Kurtley Beale, Quade Cooper, Rob Horne, Dane Haylett-Petty, Ben Tapuai, Peter Betham and Will Genia all forming an incredible backline.

The stars didn't stop there with Nathan Charles, Tetera Faulkner and Ben McCalman in the pack. A strength of the squad was highlighted with Jesse Mogg and James Slipper not making the initial squad.

Surprisingly, this Australian side failed to reach the final and finished 5th overall. 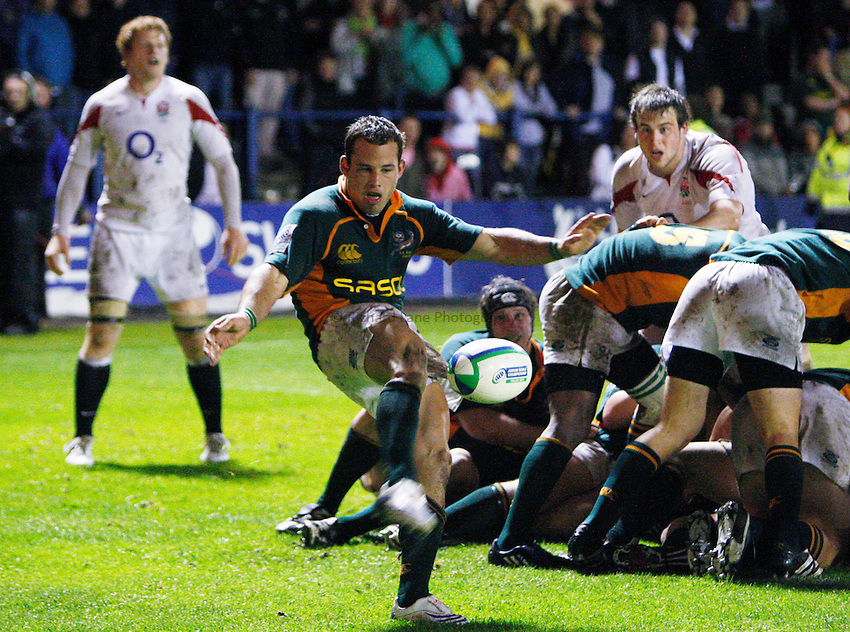 South Africa finished the competition third overall with school sensations Robert and Sias Ebersohn in the squad. While the twins didn't reach the pinnacle of test rugby, there were three South Africans who did including Lionel Mapoe, Juan de Jongh and Francois Hougaard.

Van Velze was one of five players Eddie Jones picked out for players who caught his eye with the now England coach saying: “He’s a very interesting player – a big strong athletic South African back row. He seems to have exceptional leadership skills, much in the way that [Gary] Teichmann and [Francois] Pienaar did of the great South African back-rowers."

Wales had a star-studded side that finished fourth overall.

Before the competition, Warren Gatland said: “I will be looking seriously at these players and, with the best players in the world at age group level coming to Wales in June, the Junior World Championship will be a great starting point towards 2011"

He certainly meant it with 10 of the players would go on to earn senior test caps with the likes of Sam Warburton, Leigh Halfpenny, Jonathan Davies, Justin Tipuric, Rhys Webb and Dan Biggar all becoming regular members of the test side.

See the full XV below:

This team was jampacked with future stars 🤩 https://t.co/thWaSknZkP 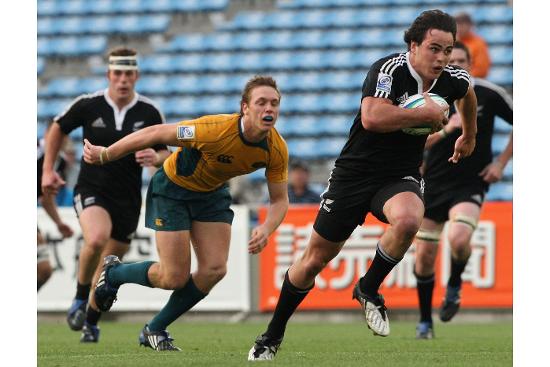 Ben Afeaki also went on to represent the All Blacks but was forced into an early retirement and now works with the Blues as a scrum coach.

Toby Smith went on to play for Wallabies while Rodney Ah You has enjoyed an excellent career in Europe. Highlanders co-captain Ash Dixon has become a regular for the Maori All Blacks while Nasi Manu and Sean Maitland going on to enjoy careers with Tonga and Scotland respectively with the latter also going on the 2013 British and Irish Lions Tour. France named two senior capped players in their squad for the tournament with scrum half and captain Morgan Parra featuring for the side after he made his Test debut off the bench in the opening match of the 2008 Six Nations against Scotland and then made his first start and scored his first points in the defeat by England, while centre Yann David made his own debut at the Stade de France against Italy.

Italy had two future internationals in their squad with Simone Favaro and Joshua Furno both going on to make over 30 tests for the national senior side. 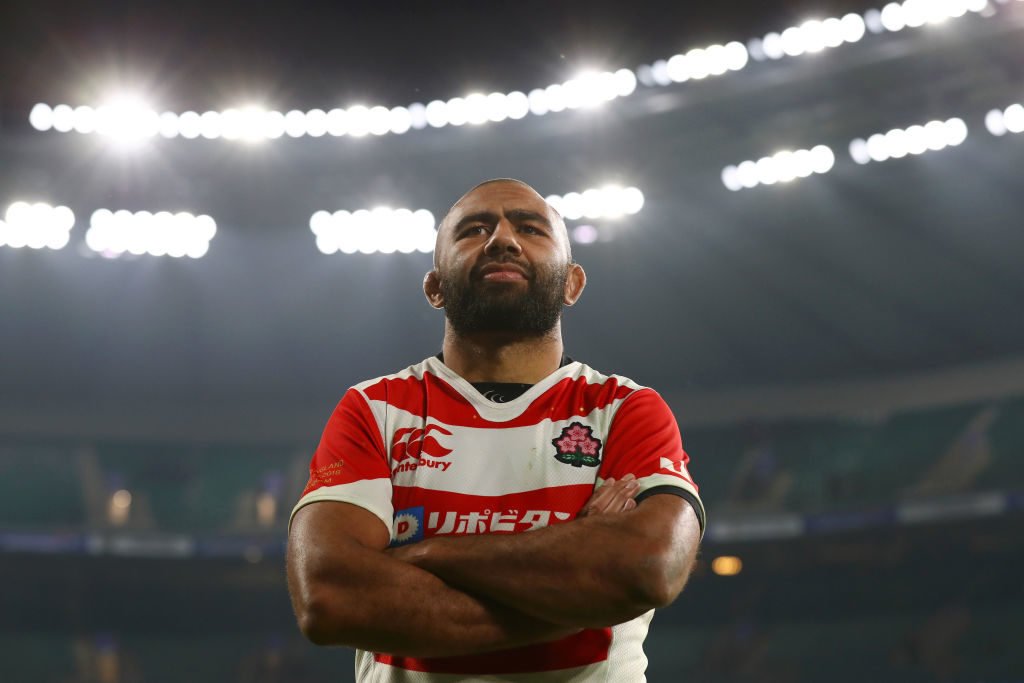 There were two standout stars in the Japan squad. Future Brave Blossoms captain Michael Leitch also led the side in 2008 with talented back Ryohei Yamanaka in squad.

Both players have carved out successful careers in the senior squad of the Japanese side.

The 2007 u21 Ireland team Grand Slammed the Six Nations but there u20 side was less successful in the 2008.

The side finished 9th overall but still had a few future stars in the side with the likes of Dave Kearney, Stephen Archer and Ian Madigan all featuring for the side.

Scotland finished one spot below Ireland but they too had some future stars in their ranks with the now retired Ruaridh Jackson joined by Peter Horne and second rower Richie Gray.

A number of England's class of 2008 would enjoy tremendous success in the years to follow.

Alex Corbisiero also earned over 30 caps for England and went on a Lions tour before his career was cut short due to injury but the likes of Courtney Lawes and Ben Youngs have enjoyed far more successful careers reaching the Rugby World Cup Final and are both on their way to winning 100 test caps.

Finally, Argentina may have finished 8th overall but their squad was stacked with future stars.

Juan Figallo featured at tighthead for the side with Martin Landajo and Nicolas Sanchez starting their partnership that would pay massive dividends for the Jaguares and Los Pumas in years that followed.