The second semi-final of the Champions Cup will be held at the fortress of Sandy Park as Exeter Chiefs host Toulouse.


Exeter have proved to be a powerful force in the northern hemisphere this season, occupying top spot in the Premiership’s overall standings as well as top spot Pool 2 of the Champions Cup. A sharp grasp of the basics, a powerful and mobile forward pack, a skilful backline and all-round cohesive team spirit have elevated them into a high echelon of competitiveness.

Jack Yeandle’s men have not met defeat in this Champions Cup, drawing unexpectedly to Glasgow Warriors in Round 5 was the closest they came, and will be a tough nut to crack on their home turf this weekend.

Toulouse have been a team on a mission during this tournament, and although they face perhaps their toughest hurdle on Saturday, they will approach the occasion with confidence. Julien Marchand’s charges have brushed aside the likes of Gloucester, Connacht, Montpellier and Ulster with relative ease, which is unsurprising when one glances at the teamsheet where names like Jerome Kaino, Charlie Faumuina, Antoine Dupont and Cheslin Kolbe appear.

Kolbe, particularly, will have to be subdued by Chiefs if the latter desire victory, though, how is anyone’s guess; the attacking skill and genius of the diminutive Springbok winger seem to know no bounds and with the ball in his hands, a try is always on the cards.

While Northampton were courageous in their challenge of Exeter during the quarters, their opponents never looked like losing. The same can be said of Toulouse who turned the screws on Ulster last weekend, 36-8 – Kolbe, Thomas Ramos and co. running the Irishmen ragged.

All things considered, this one has the makings of a titanic tussle with two teams in top form unleashing a wealth of mutual talent on each other. The forward clash will be intense and will of course, have a huge bearing on which of the backlines are able to strut their stuff more. Toulouse have stuck with largely the same starting XV that beat Ulster in the quarter-finals.

The single change to the starting XV sees Julien Marchand and Peato Mauvaka trade places with the former taking the starting #2 jersey.

There are a few changes on the bench with Emmanuel Meafou falling out of the 23 with Louis Madaule joining the likes of Alexis Bales, Zack Holmes and Matthis Lebel on the bench. 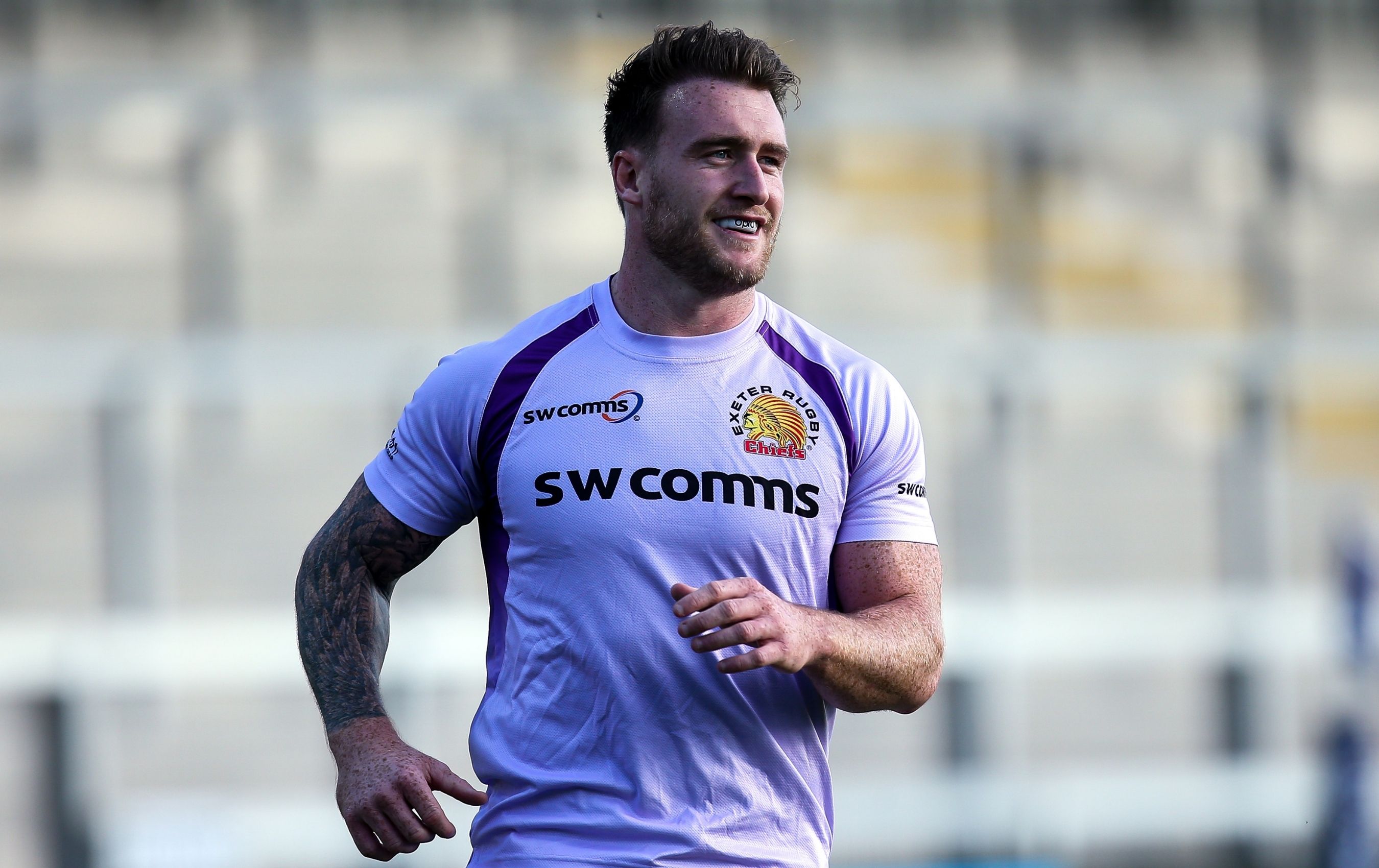 Not surprisingly, Rob Baxter sticks with a large nucleus of last weekend’s victorious side.

The sole change to the starting line-up sees Scottish international Sam Skinner come in for Jacques Vermeulen, while on the bench Dave Dennis and Don Armand are included with Jannes Kirsten the man to make way. 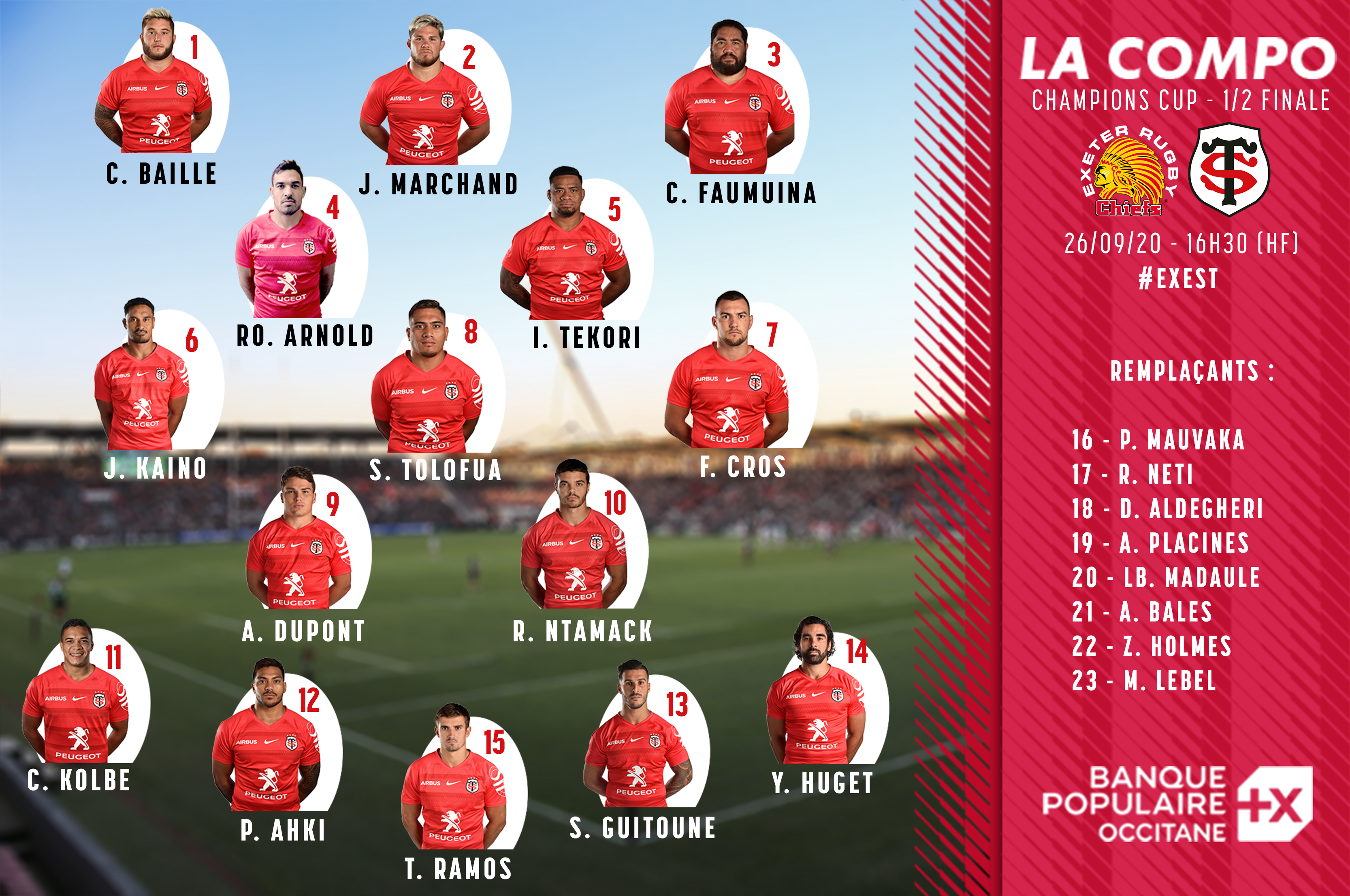 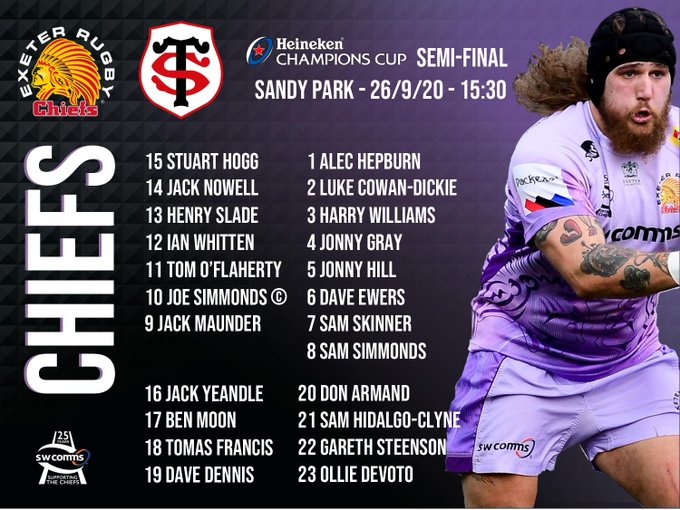