With 6 rounds of Super Rugby done and dusted, the players exhibit no sign of fatigue, continuing to produce the energetic, hard, exciting brand of play for which the competition is known.

Here’s a look at the stats leaders for the sixth round.

Scott Barrett put his shoulder to the proverbial wheel on Friday evening, as well as to the torsos of the Reds attackers. The Crusaders lock topped the Super Rugby tackle count in Round 6 with a massive total of 25. Liam Wright (Reds) and Tom Christie (Crusaders) pulled off 23 and 21 respectively. 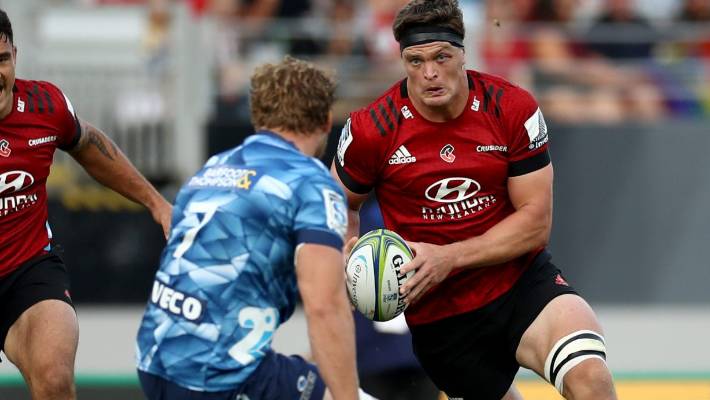 Reds flanker Harry Wilson was eager on attack, making 26 carries against stout Crusaders defence. The next highest was the Bulls’ fullback Warrick Gelant with 18, closely followed by Tevita Kuridrani (16).

Mark Telea, once again in fine running form, racked up a huge 140 running metres for the Blues in their surprise victory over the Hurricanes. The Bulls’ wingers, Cornal Hendricks and Rosko Specman, covered 114 and 110 metres respectively.

Telea used his significant time with ball in hand to good effect, managing to pass 11 defenders in the process. George Bridge (Crusaders) was next best with 10, followed by Brumbies’ fullback Thomas Banks with 9.

Rieko Ioane (Blues), Specman and Hendricks, typically fleet of foot, all managed to conjure 5 clean breaks in Round 6, with Mark Telea and stand-out Reds forward Lukhan Salakaia-Loto making 4 each.

Lachlan Boshier (Chiefs) again proved why the overall ‘turnovers won’ stat belongs to him with his strenuous efforts at the breakdown yielding 4 more this weekend. His teammate, Pita Sowakula made the second most steals with 3.