Sitaleki Timani returns to the Western Force starting line up

The Western Force continue their inaugural Super Rugby Trans-Tasman campaign on Friday night when they go head-to-head with the high-flying Highlanders at HBF Park.

Head coach Tim Sampson has named a consistent side with just one change being made to the match day 23.

Wallabies lock Sitaleki Timani makes his return from a minor leg injury after missing the Trans-Tasman season opener against the Chiefs.

Tim Anstee shows his versatility, as he makes his first start playing at number eight, with the experienced Brynard Stander moving to the bench.

The rest of the side remains the same, with Henry Taefu maintaining his place at inside centre after a strong display in Round 1.

It’s set to be an intriguing duel at scrumhalf, with milestone man Tomás Cubelli, who will be making his 50th Super Rugby appearance on Friday, facing off with a familiar foe in All Blacks star and Highlanders talisman Aaron Smith once again.

The world class duo go head-to-head after some memorable battles in the Rugby Championships last year and throughout their careers on the international and Super Rugby stage.

Sampson is expecting another entertaining game at HBF Park.

“Like all New Zealand teams, the Highlanders are threatening when you give them a lot of time and space. If you turn over the ball cheaply, they’ll take advantage,” Sampson explained.

“They play a direct game. They rely a lot on their number nine Aaron Smith to create opportunities for them. They’re a disciplined team and they take their opportunities.

“Momentum is important. When we do gain ascendency, we get that nice bit of momentum to put the foot down.” 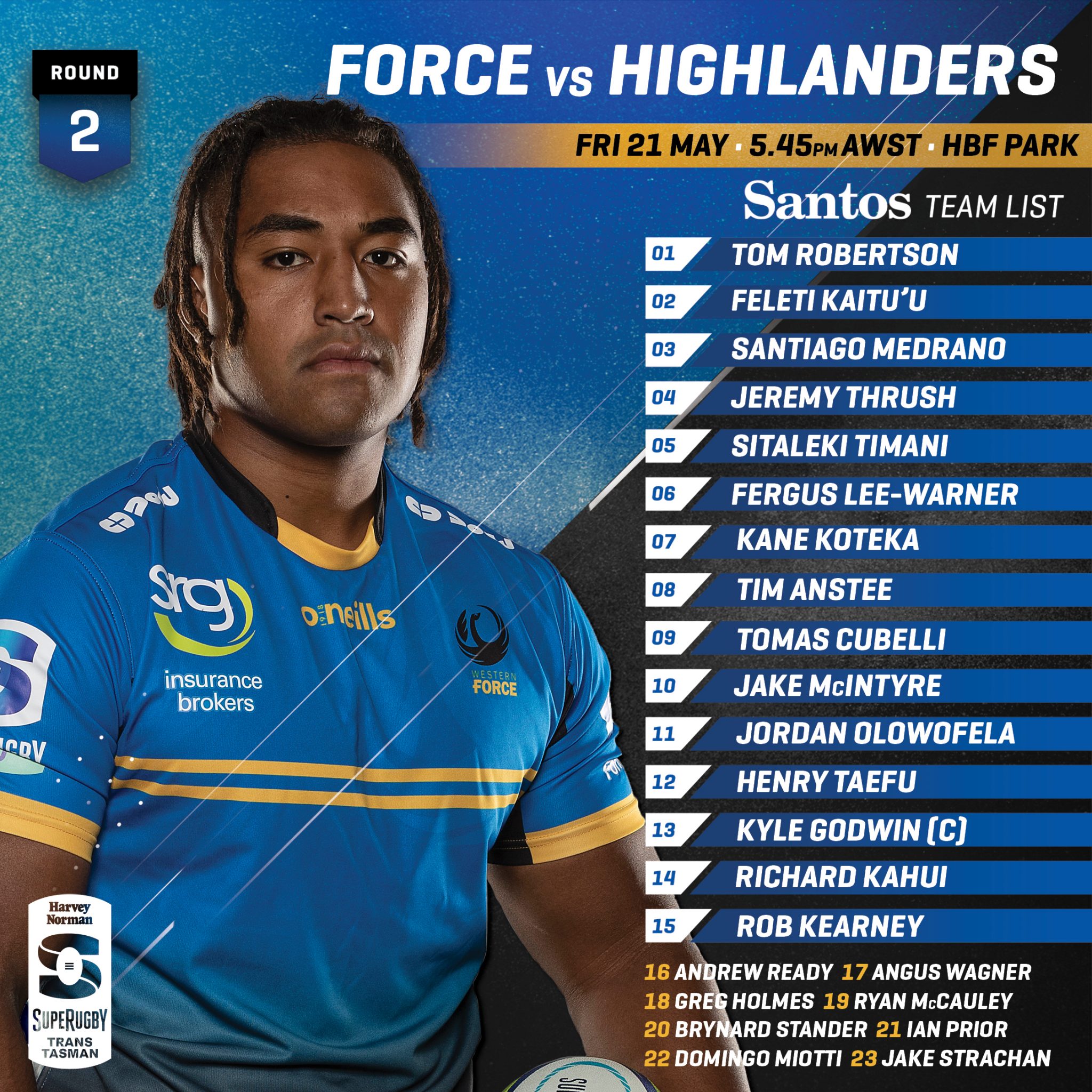