The international and domestic seasons have come to an end in the Southern Hempshire. Therefore it is that time of year where the nominees are announced by the national Unions for their end of year awards.

This season has served up some shocking exclusions in both South Africa and New Zealand. 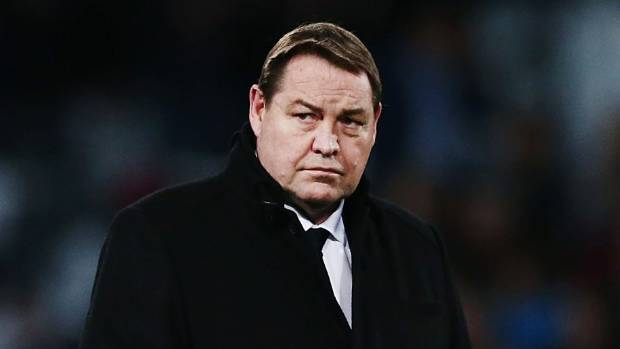 Hansen has statistically had his worst season in charge of the All Blacks as his side suffered two defeats and one draw in 2017.

That highlights the quality expected of the All Blacks, Hanson still led his side to another Rugby Championship and a full house of victories in Europe.

Missing out on the nomination won't bother the AB's head coach but his omission still stands out.

The star playmaker also missed out on the Super Rugby Player of Year nominee despite a starring for Hurricanes as they made the semi-finals of the competition.

McKenzie had an outstanding season for the Chiefs earning himself an extended run in the black jersey during the Rugby Championship and November Tests.

McKenzie topped the overall stats in defenders beaten, carries, metres gained and finished 4th on the list for completed offloads.

The Chiefs fullback was even named as the Super Rugby Player of the Year making his ommission even more shocking.

The All Blacks - New Zealand Team of the Year

The All Blacks may have won the Rugby Championship in a canter, but their big challenge for 2017 was the series against the British and Irish Lions in June and July, which ended in a draw.

Steve Hansen's side won the first test at Eden Park in Auckland 30-15, went down to Westpac Stadium in Wellington and lost 24-21, after Sonny Bill Williams was shown a first-half red card, then returned to Eden Park and could only draw 15-15 in the decider.

They also dropped a test to the Wallabies - albeit in a dead rubber - but did finish with three test wins on their end-of-year tour of Europe.

du Toit had a standout season with Springboks and played a huge role in the Springboks turn around performance against the All Blacks in Cape Town.

He also started the season as an impact player and was soon an out and out starter.

Kitshoff returned to South Africa after a stint in France and the red-headed front rower made his presence known off the bench against France.

Kitshoff dominated almost every single opposition at scrum time and was exceptional in all of the Springboks 2017 tests.

The 21-year-old winger was one the tournament's top scorers before injury curtailed his chances of playing the playoff stages of the competition.

Nkosi's form in the competition earned him a Springbok call-up.

The Sharks centre cemented his position in the Sharks starting XV during the Super Rugby season and earned a Springbok call-up in June.

Injury prevented him from making his Test debut but he continued to perform during the Currie Cup and earned a spot in the Springboks end of year tour squad and made his debut against Wales.