The Queensland Reds have made three changes to their starting XV for Friday’s match against the Blues at Suncorp Stadium.

Lock Izack Rodda returns from his Wallabies rest week, as Lukhan Salakaia-Loto sits out for the same reason this match in accordance with Rugby Australia’s workload management policy.

After making his Super Rugby debut against the Jaguares last weekend, Scott Malolua will start for the first time at scrumhalf in favour of Tate McDermott who’s sidelined with an ankle injury.

While Alex Mafi comes back into the starting side at hooker with Brandon Paenga-Amosa dropping to the bench and Moses Sorovi back in the 23 this week.

“Tate McDermott is out with an ankle injury. Scott Malolua takes his place in the starting side for the first time. Scott made his Queensland debut off the bench last week and embraced the contest against a team filled with Test players. He deserves this opportunity.

“We’re playing in front of our Queensland fans for the final time this year. We thank them for their support and look forward to seeing them on Friday night,” said Thorn. 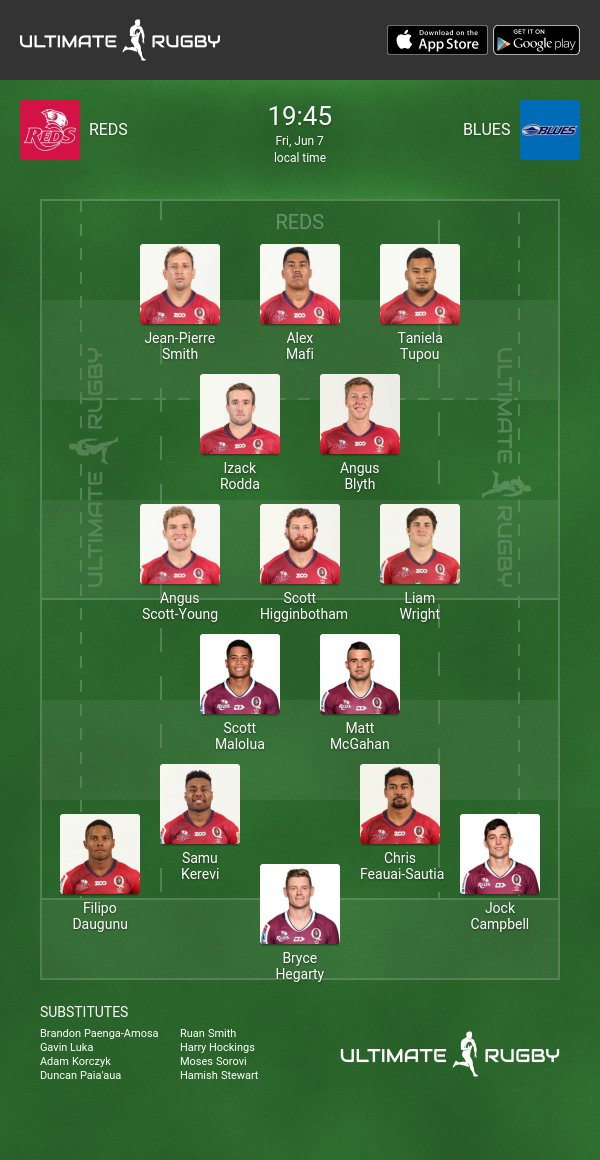