Player Ratings: England v Wales
England were too good for a strong Wales side at Twickenham as an experimental England side prevented Wales from going top of the world rankings with a 33-19 win at Twickenham.
Here is our player ratings from the clash.

Solid at the back, entered the line with pace and is starting to look more and more comfortable in the 15 jersey. He also slotted a dropped goal in the latter stages of the encounter after a poor pass.

A huge performance in the first half as he gave England great go-forward ball and finished off a try from close range. Continued in that vein in the second half as he went on to make 83 running metres beating  2 defenders.

Came up with a number of clever interventions on defence and gained some handy metres on attack linking up with Francis and his wingers well.

Managed to make 57 running metres beating two defenders and put in a performance that may make Eddie Jones rethink his centre pairing.

His only negative was when he was unable to catch Davies off the back of the scrum.

Simple yet effective. He did very little wrong and all the basics right in a really solid performance against a really strong Welsh midfield.

A controlled performance from Watson and he looked composed in everything he did. He seemed to have an extra second on the ball. He made some great decisions with the ball in hand and was equally strong without the ball.

Ran a tidy attack and came up with a few nice cover tackles. Kicked well out of hand off the tee. Like Francis, Ford did very little wrong and captained his side to victory.

Started superbly with crisp passing and followed play well. A loose pass in the early phases of the first second half but he was solid otherwise and went a long way in securing a place on the plane to Japan.

Ticked all the boxes required before making way for Ben Youngs in the 50th minute.

Got around the park well, was strong in the scrum and went on to do so for a full 80-minute shift.

Picked off a few loose lineout throws from Ken Owens, one of which leading to a try. He got stuck in on both sides of the ball making 12 carries and 10 tackles.

His set-pieces were solid, missing just one of his jumpers in a performance that should see him head to Japan.

Scrummed well but did little on defence making just three tackles and didn't make any carries.

A strong game without meeting his usual high standings. Solid in defence and good at ruck time.

Solid without being outstanding. Good at the lineout and got stuck into the hard graft.

Impressed early on and hardly looked off the pace at test level. Continued in that vein making a massive 18 tackles and 10 carries. He got stuck in making a few thumping hits, including a great double hit with Lawes on Shingler.

He certainly made the most of his opportunities having originally been named on the bench for this clash.

Any rating would be unfair as he left the field after less than half an hour of action. Looked dangerous with ball in hand making a massive 8 carries in 28 minutes.

Got up to his usual tricks as he sent defenders flying backwards. He hit the rucks with similar aggression.

Massive first half as he caused Wales all kind of problems. Wales struggled to bring him to ground and he scored the first try of the game.

He continued to cause Wales problems in the second half with his offloading ability and was named man of the match.

Looked threatening whenever he touched the ball and was excellent in the air. He made over 90 running metres and beat four defenders.

Seemed to make metres with ease when he got into space but didn't always get the support he needed. He scored a nice try off the back of a rolling maul as he showed his sharpness to snipe over.

Had a few uncharacteristic lapses in judgement on defence and was well marked on defence.

Had a similar game to Davies. England defended the two midfielders well and limited their impact. 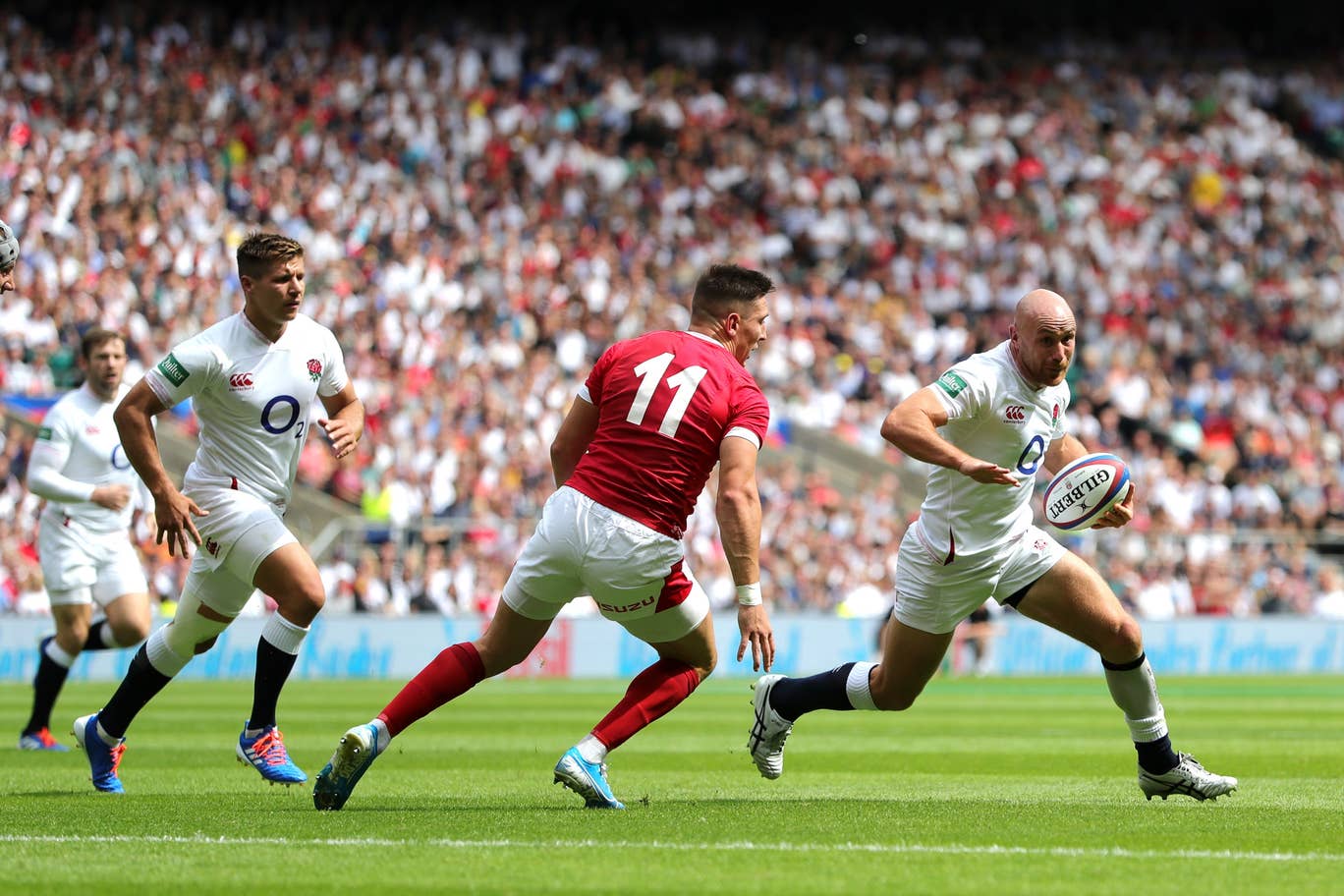 Had a tough game marking Joe Cokansiga but did have a nice touch or two down the touchline with little reward.

Started the game lively and was near the top of the running metre stats before he left the field injured. Beat three defenders and made one clean break. Likely to have got a much higher rating had he not got injured.

Did extremely well to score one of Wales' tries with a lovely run off the back of the scrum and racked up a total of 41 running metres but failed to regularly ignite Wales' attack and had some poor passes.

Outscrummaged and did not contribute too much around the park.

Had a few horrible lineout throws, one of which leading to Luke Cowan-Dickie's try. A bit of an off day around the park too.

Bullied in the scrums but did contribute a bit more than his fellow front rowers around the park.

Solid on defence and hit the rucks but far from an inspiring performance and was overshadowed by his captain.

Delivered his usual high work rate on and off the ball. He made a crucial intercept with England attacking dangerously.

Got around the park well, particularly on defence.

His usual busy self, however England were able to limit his impact on the game.

Not his best showing in a Wales shirt. Got bumped off in a few tackle attempts but trucked along hitting double digits in the carries and tackles.