The Chiefs return refreshed from their bye week to venture south this Saturday to take on the inform Highlanders at Forsyth Barr Stadium in Dunedin.

Taranaki loose forward Mitchell Brown has been named to start at six in his 50th Chiefs game. Brown made his debut for the Chiefs in 2016 against Wales at FMG Stadium Waikato after being called in as a replacement player for the season. In 2017 Brown was named in the Gallagher Chiefs squad for the first time.

With Chiefs co-captain Sam Cane side-lined with injury, McMillan has given the nod to rookie Kaylum Boshier to start in the number seven jersey. Boshier will be joined by Waikato’s Luke Jacobson who will once again start at number eight.

Chiefs co-captain Brad Weber will again combine with Kaleb Trask in the halves. Quinn Tupaea and Anton Lienert-Brown will light up the midfield, while electrifying wingers Etene Nanai-Seturo and Jonah Lowe return from injury to start respectively on the left and right wings. Fullback Damian McKenzie will complete the starting fifteen.

In the reserves, only one change has been made following the Gallagher Chiefs win over the Blues. Experienced utility back Shaun Stevenson joins the twenty-three after Chase Tiatia was ruled out due to illness. 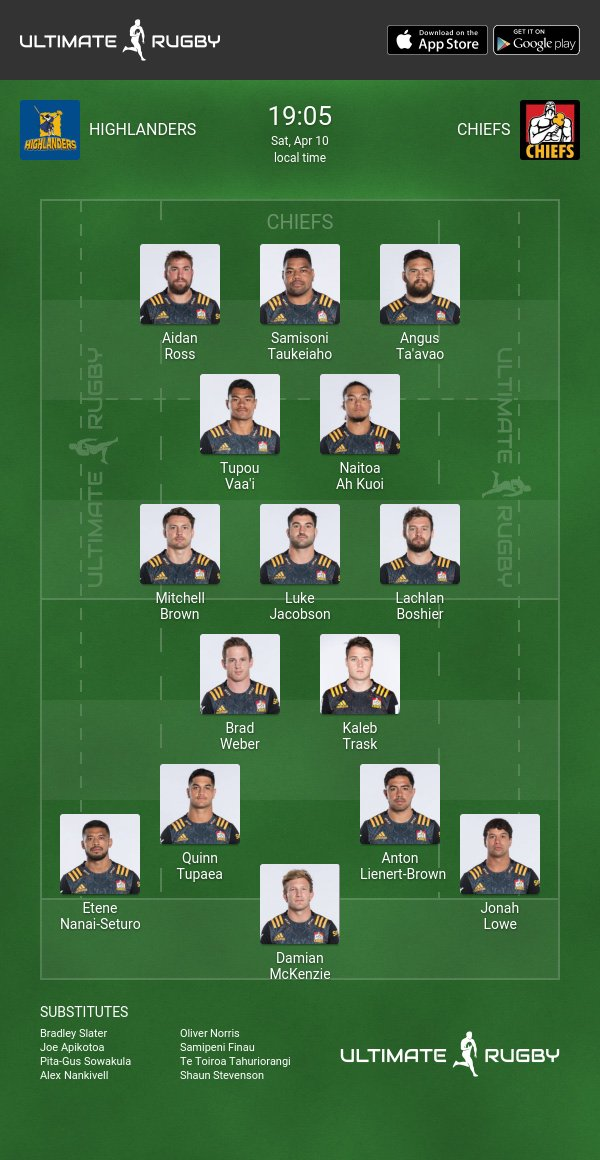