Lukhanyo Am, Sharks centre, sustained a cheekbone fracture on Saturdayagainst the Stormers and will undergo surgery in the coming week, ruling him out of action for the Springboks’ Incoming Test Series against France.


Am is replaced by Lions centre Lionel Mapoe, who is drafted from the SA ‘A’ side that was announced earlier in the week to face the French Barbarians in a two-match series.

Am has been a stalwart in the midfield for the Durban side so far this Super Rugby season and he sustained the injury in their coastal derby win over the Cape side on Saturday.

Mapoe has earned 11 Springboks to date since making his international debut on 25 July 2015 against the All Blacks in Johannesburg. He has played in eight Tests for the Boks in midfield and three times on the wing. 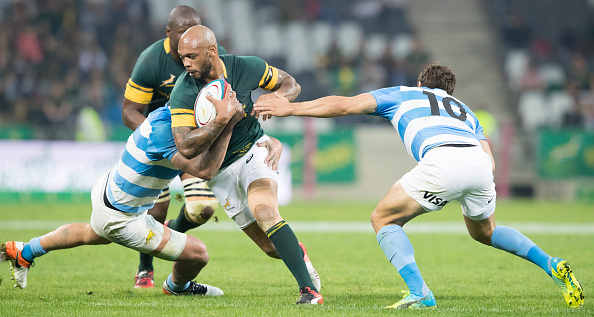