The Tigers’ chief executive confirmed the departures of the five, who were not prepared to take a 25% pay cut next season despite a pledge that some of it would be reimbursed once the club returned to profitability.


The club set their players a deadline of Tuesday evening to sign new deals on reduced terms, to reflect the impact of the coronavirus pandemic and also the upcoming salary cap reductions with Tuilagi headline the cast-list of departees who refused to accept the wage cuts, and have therefore left the east Midlands club.

A Leicester statement on Wednesday morning had confirmed a “small number” of players would be leaving the Tigers.

Asked to explain where contract negotiations broke down, Pinchen continued: “Early on after we had little income coming in, we asked staff and players who were earning above a certain level to take a 25% pay cut across the board,” said Pinchen.

“Everyone bought into that. Then as we looked at a central funding cut of 60% and the loss of £5m from not playing, which will double if we are not allowed to have spectators back until January, we realised we had to make deep cuts.

“That is primarily wrapped up within players’ salaries. They were asked, for next season only, to take a reduction of 25%, above a certain threshold, with an opportunity to later claw back part of it and to sign an agreement to say that they would not reserve their right but accept it. Some chose, because of their own circumstances, not to come on board.

Pinchen wished the players well for the future saying: "There is no blame game in this, We wish them well for their next chapter. We had to go down this path and the majority of the players are going with us. Some wanted more money than we were prepared to pay and were not prepared to talk with us, so here we are.” A dual-code international, Kyle Eastmond joined Tigers just ahead of the 2018/19 kick-off and made 20 appearances in his debut season with the club. He previously played for Bath and Wasps as well as rugby league with Oldham St Annes before joining the St Helens senior squad in 2007.

He made his breakthrough season with St Helens in 2008 and scored all of his team’s points in the 2009 Super League Grand Final defeat by Leeds as well as gaining England selection for the Four Nations. He scored 15 tries in 19 games in the 2010 Super League season as scrum-half with Saints as well as kicking 63 goals and two drop goals before Bath boss Ian McGeechan confirmed his switch of codes during 2011. 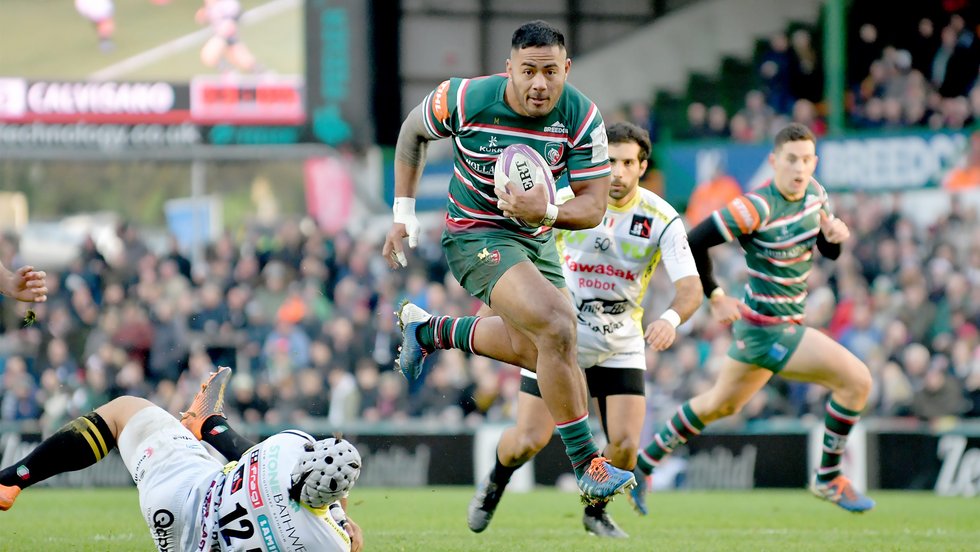 Following in the footsteps of his international rugby brothers, Manu Tuilagi has carved an impressive record of his own with Leicester Tigers, England and the Lions. A Premiership title winner in 2013 Tuilagi then shared in the triumphant trip to Australia with the British & Irish Lions. Manu followed older brothers Fereti, Henry, Alesana, Anitelea and Vaevae into a Tigers shirt, and became the first member of the famous rugby family to play for England.

Tuilagi has become a regular in the England squad since his debut and helped England reach the Rugby World Cup Final in 2019 and to date he has 44 test caps. 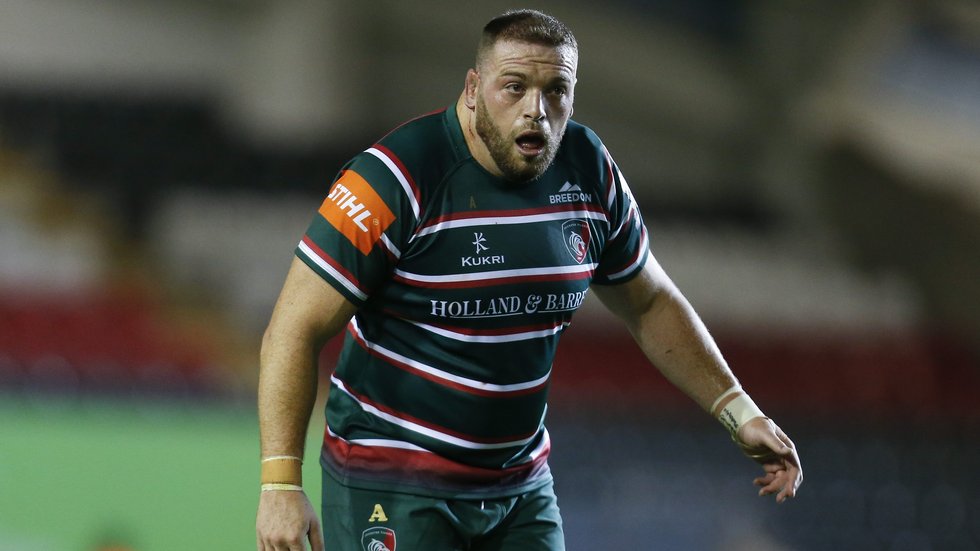 Greg Bateman made Leicester Tigers history by playing in all three front-row positions during the course of the 2016/17 season, his second year with the club. His move to Tigers was announced towards the end of 2014/15, shortly after he had scored a semi-final-winning try for Exeter Chiefs at Welford Road in the Anglo-Welsh Cup.

Selected by England Under-18 level in his time with Harlequins, Bateman played senior rugby with Dorking and London Welsh before joining the Chiefs in 2013. He scored his first try for Tigers in a European Cup win over Treviso in Italy during 2015/16 and received the supporters’ 2017/18 Try of the Season award for a score against Quins at The Stoop. 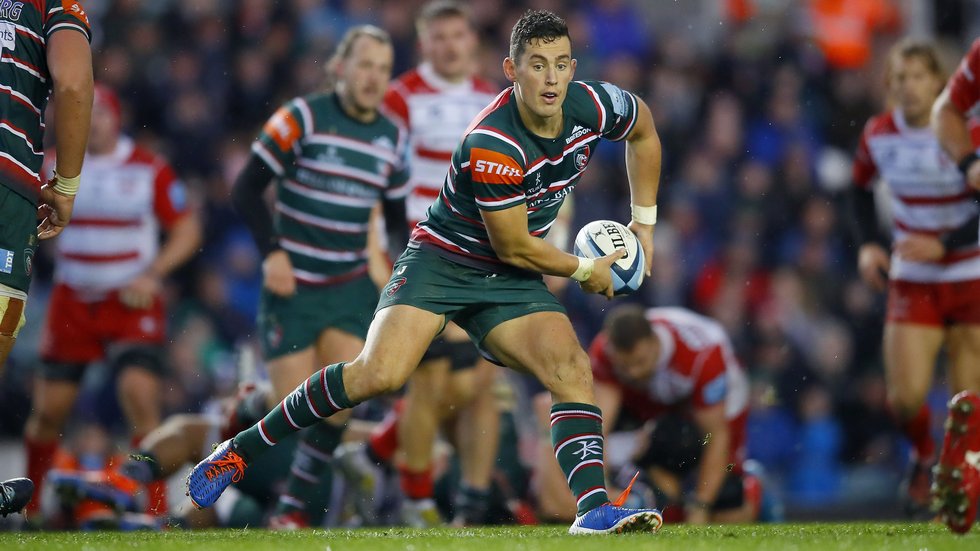 A versatile player, Noel Reid agreed on a move to Leicester Tigers from Leinster for the start of the 2019/20 season. Capped by Ireland in 2014, Noel began his rugby career with St Michael’s College and Clontarf before making his Leinster debut in September 2012. He played at fly-half and centre in a century of appearances during seven seasons at Leinster. 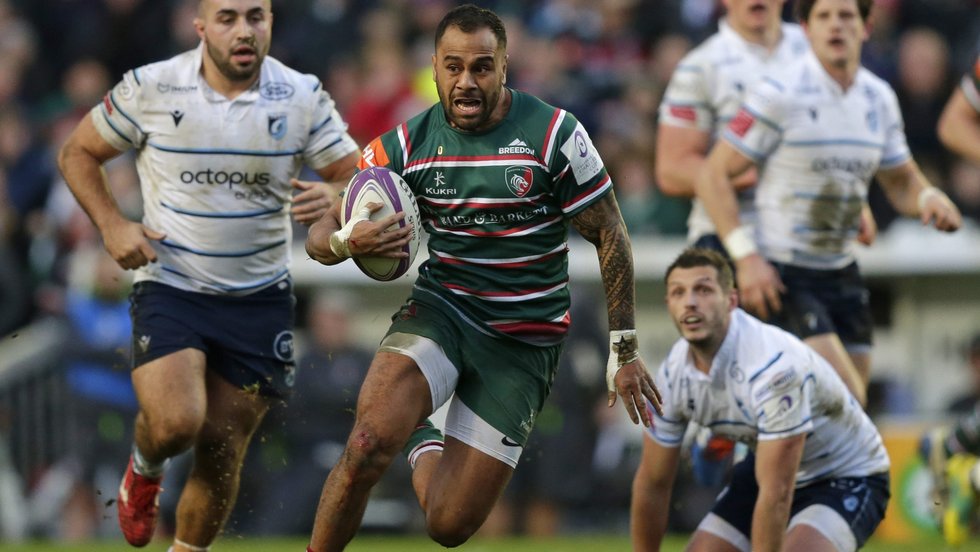 After joining Leicester Tigers in the wake of some impressive performances at the 2015 Rugby World Cup, Tonga international Telusa Veainu ended his debut season as the supporters’ Player of the Year and Newcomer of the Year. Quick and elusive as a wing or full-back, Telusa was also the only Tigers player named in the BT Sports Team of the Season for 2015/16 and ended the campaign as the club’s joint-top tryscorer with Vereniki Goneva.

He won his first cap at the 2015 Pacific Nations Cup and then started all four games for Tonga in the World Cup, scoring a try in the win over Namibia and playing against Argentina at the home of Leicester City FC. Telusa returned home to New Zealand but was without a contract until he was summoned back to England with a short-term deal at Tigers and proved an instant hit with five tries in his first six games for the club.

An ITM Cup winner with Canterbury in 2010 (when he scored eight tries) and 2011 (scoring five), he moved to Hawke’s Bay in 2013 and continued his strong form with seven tries in 11 games there. He also played in Super Rugby with Highlanders, Crusaders and Melbourne Rebels before moving to England.