Ireland hungry for revenge on Japan

After ironing out the bumps and bruises after last week, Japan are set to tackle the Irish at the Aviva Stadium on Saturday afternoon.


As was expected, Japan gave good account of themselves when they took on the British & Irish Lions at Murrayfield last weekend in an historic encounter which saw them end the game on the wrong side of the scoreboard, however, after being dominated in the first half, their characteristic courage and determination saw them outscore their opponents in the second.


This weekend, Jamie Joseph’s men face a somewhat depleted Irish side, but still one with enough big names to pack a punch.

Head Coach Andy Farrell has named James Ryan to lead the side after some speculation that the big second row would be unavailable due to injury.

One player who will be watched with much interest is Joey Carbery, who takes on the flyhalf duties. Carbery last played international rugby during the 2019 World Cup in which he sustained a bad ankle injury which kept him out of action until fairly recently.

“I’ve absolutely no doubt that through those dark days he was thinking about getting back to this stage and to be able to give him a start in this game with a decent side around him is great for his development,” Farrell said, speaking to the42.ie.

“Joey’s been through a lot, y’know? And this is part of his recovery process. This will stand him in good stead for the rest of the summer; and it will certainly stand to us all for next year.

“His last game for Munster in Italy (against Zebre) was his best so that’s unbelievably positive for us to get him back in camp and to see whether he can take the bull by the horns and lead like a 10 should do,” said Farrell. “I’m sure that he’s unbelievably excited and proud of himself to get back to this stage. The ankle looks good. He looks in fine fettle and it is how he orchestrates the game on the day is what we’ll all judge (him on).”

As for the rest of the side, Farrell said:

“It’s a diverse group. You have the likes of Pete O’Mahony, who was on the last Lions tour; you have got guys that have been on the bench quite a bit and are now getting some starts.

“You have got guys that have six or seven caps, such as Caelan Doris, who have come in and done unbelievable jobs for us at the start of their international career, but they have been dragged along and helped through the guys who are out there (with the Lions) in South Africa and the three guys (Sexton, Earls and Garry Ringrose) who are sat at home taking some well-earned rests.

“But the likes of Caelan and Hugo (Keenan), they have had to step up. They are not looking after themselves anymore, trying to find their feet; they are actually stepping up to be leaders within this group. That type of dynamic has been fascinating to watch.

“How that transfers on the field is the only thing that matters. I am sure there will be some ups and downs within the game because they are playing against an outstanding side in Japan, but when the pressure comes on, how do we deal with that?”

Adding some extra spice to this encounter is the fact that, last time these teams met, it was the Japanese who came away with victory:

Revenge will be no small component of the Irish mindset as they take the field on Saturday.

Japan are largely unchanged after last week, however, there is excitement amongst their fans at the prospect powerful number 8 Kazuki Himeno being brought into the starting line-up.

Two other players - Semisi Masirewa (wing) and Shane Gates (centre) are set to be blooded at test level.

“We’re looking forward to the opportunity to test ourselves this weekend against a strong Irish team. We’ve had a great week here in Ireland and have prepared well.

“There is no doubt we will be better following the match against the Lions, but our opposition this weekend is also going to be better. Ireland at home in Dublin are incredibly tough. They’re a proud team and a proud people. We beat them the last time we played, so they will be wanting to make amends for that for sure. We expect them to come out very hard and very physically.

“Having not played test match rugby in more than a year and a half, I was happy with the team’s performance last week against the Lions. We came out of the match with areas we want to focus on and improve this weekend. We will be looking to perform at a level where we can create pressure, and through that pressure, have an opportunity to win the match.” 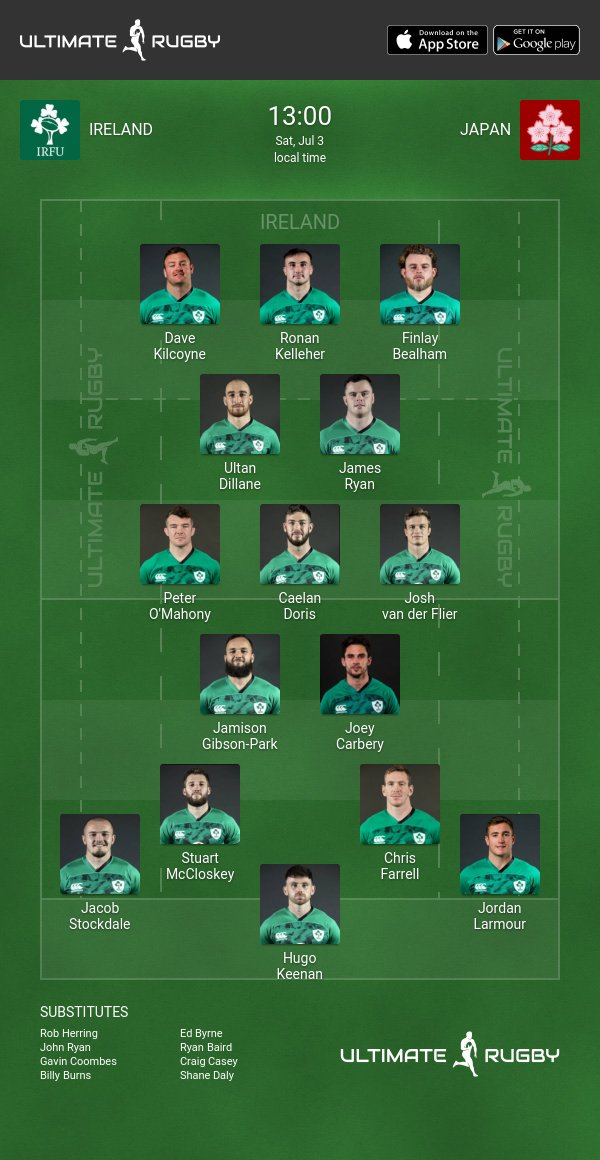 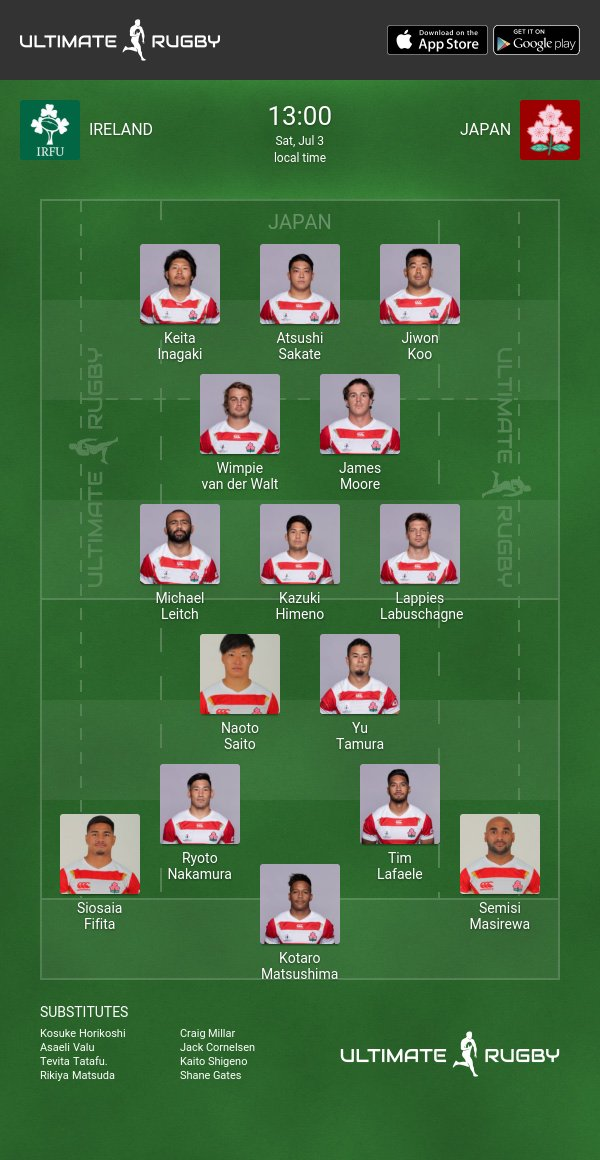