Guinness Pro14 Weekend Round Up

Friday night saw big wins for both Munster and Glasgow Warriors at their respective home grounds. 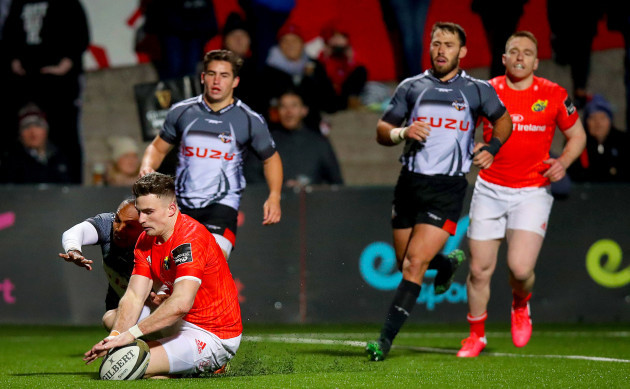 Glasgow Warriors ran away with the game in the second half against Zebre. The Scottish team won 56-24 in an impressive all-round display, scoring six tries and defending admirably.

Leinster, Edinburgh, Ospreys and Connacht all enjoyed victory over their opposition on Saturday.

Leinster managed to triple the Cheetahs score in testing conditions, taking full advantage of their forward dominance at set-piece as well as ruck time.

Edinburgh’s secured two tries in the first half and relied on strong defence in the second to bring home a good win of 14-9 over Llanelli Scarlets.

Ospreys eked out a two-point win over rivals Ulster in a tightly contested game. They were made to work hard for their victory in the face of a second half onslaught from the Irish side who very nearly stole the game at the death with a drop goal that was charged down by Aled Davies to lock the score at 26-24.

Connacht were not challenged by their opposition on the weekend, running in an easy 29-0 win over Cardiff Blues. The latter’s set-piece work and defence were not up to scratch, allowing Connacht to have free reign on the pitch.

The Dragons v Benetton Rugby clash was postponed due to weather.