And there were only two...

Exeter and Racing 92 will battle it out for the 2019/20 Champions Cup title on 17 October after their semi-final victories on Saturday.

Racing 92 were first to book their place in the final after Juan Imhoff scored a stunning 76th minute try to secure a spot in the Champions Cup final after a dramatic 19-15 semi-final win over Saracens in Paris.

Exeter Chiefs then put in a power-packed display to defeat Toulouse 28-18 at Sandy Park and reach a first Champions Cup final in the club’s history.

We picked our team of the week from the two matches.

The Frenchman stepped up to the plate and was able to more than hold his own against the South African and more importantly provide a solid base for Racing to attack from. 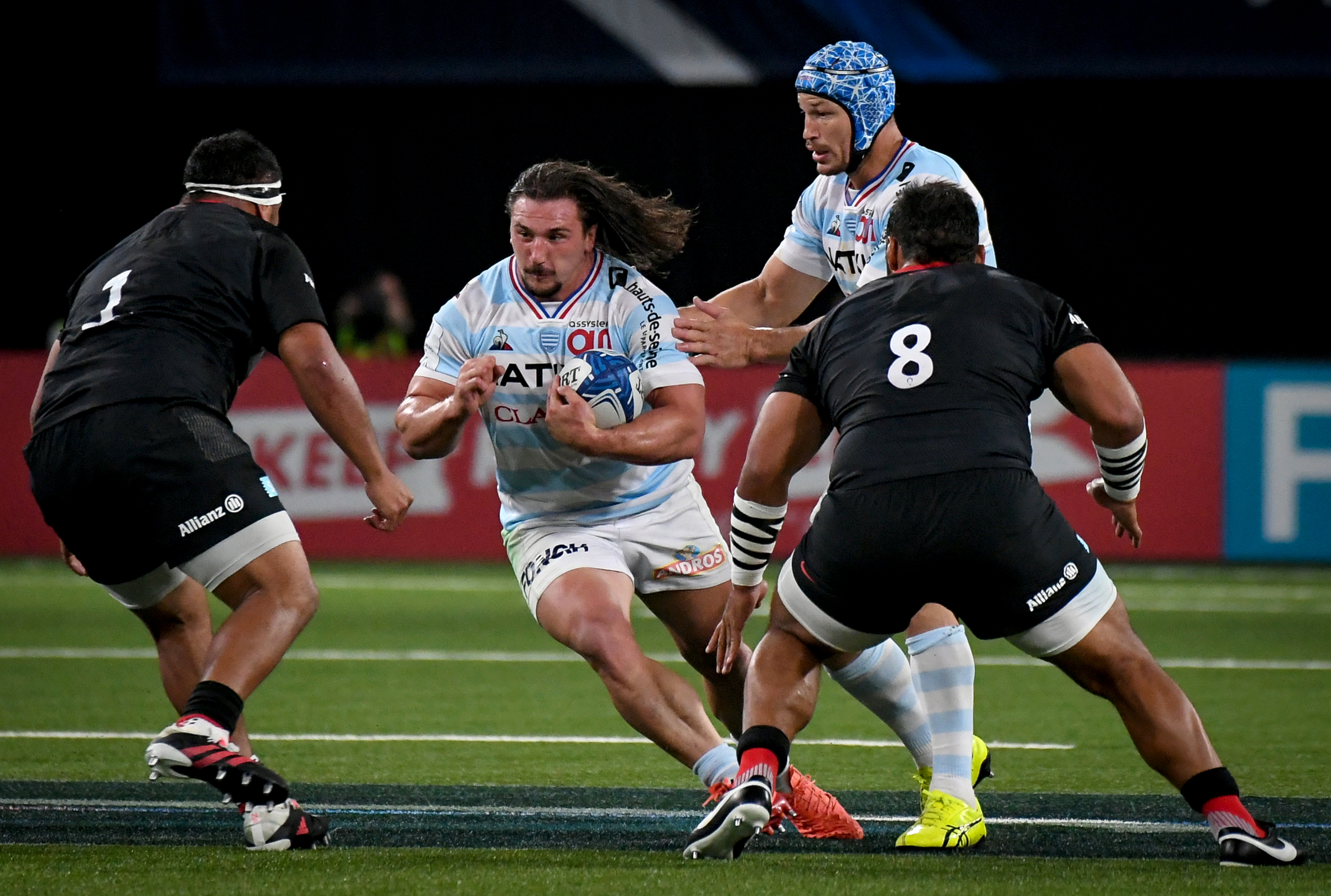 Another action-packed performance from the French hooker who was just about everywhere for just under an hour against Saracens.

Perhaps his most telling contribution was the one he made just before he was substituted when he incredibly tracked back once Duncan Taylor broke through a gap to win a penalty and relieve the pressure.

This spot could have quite easily have gone to Racing's starting or reserve tighthead with the latter, Ali Oz making a telling contribution from the bench.

Meanwhile, Vincent Koch wasn't quite as dominant as he was last week but still managed to put in a strong shift for Saracens.

However, it's not every day that a tighthead prop will grab a brace and a quite well taken one too.

Williams was also solid in scrummaging went about his work well.

Donnacha Ryan made a huge claim for the jersey with his excellent shift for Racing 92 while Maro Itoje was superb once again.

However, Jonny Gray epitomised Exeter's performance against Toulouse with his tireless work on defence and getting stuck into rucks.

Gray managed to make over 15 tackles in just 66 minutes to finish the semi-finals as the top tackler.

The former All Black was simply outstanding for Racing 92 and stepped up at key moments for the side in their win over Saracens.

He made two crucial steals at the lineout, the first was Saracens were attacking into Racing 92's half in the first quarter and he did it again in the latter stages of the game which led to Vakatawa breaking into the Saracens 22.

While the two blindsided from the English clubs, David Ewers and Michael Rhodes, certainly had strong outings the pick in our side was between the two blindside representing the French sides.

Both players had similarly great games clearing out rucks and both made a massive impact on defence.

Lauret's performance on attack that saw him make our 20 metres as well as his steal gave him the slightest edge over Kaino.

A telling impact on defence that was ultimately in vain.

Cros got around the park excellently and did enough to beat the likes of Sam Skinner and Jackson Wray to a place in the side. 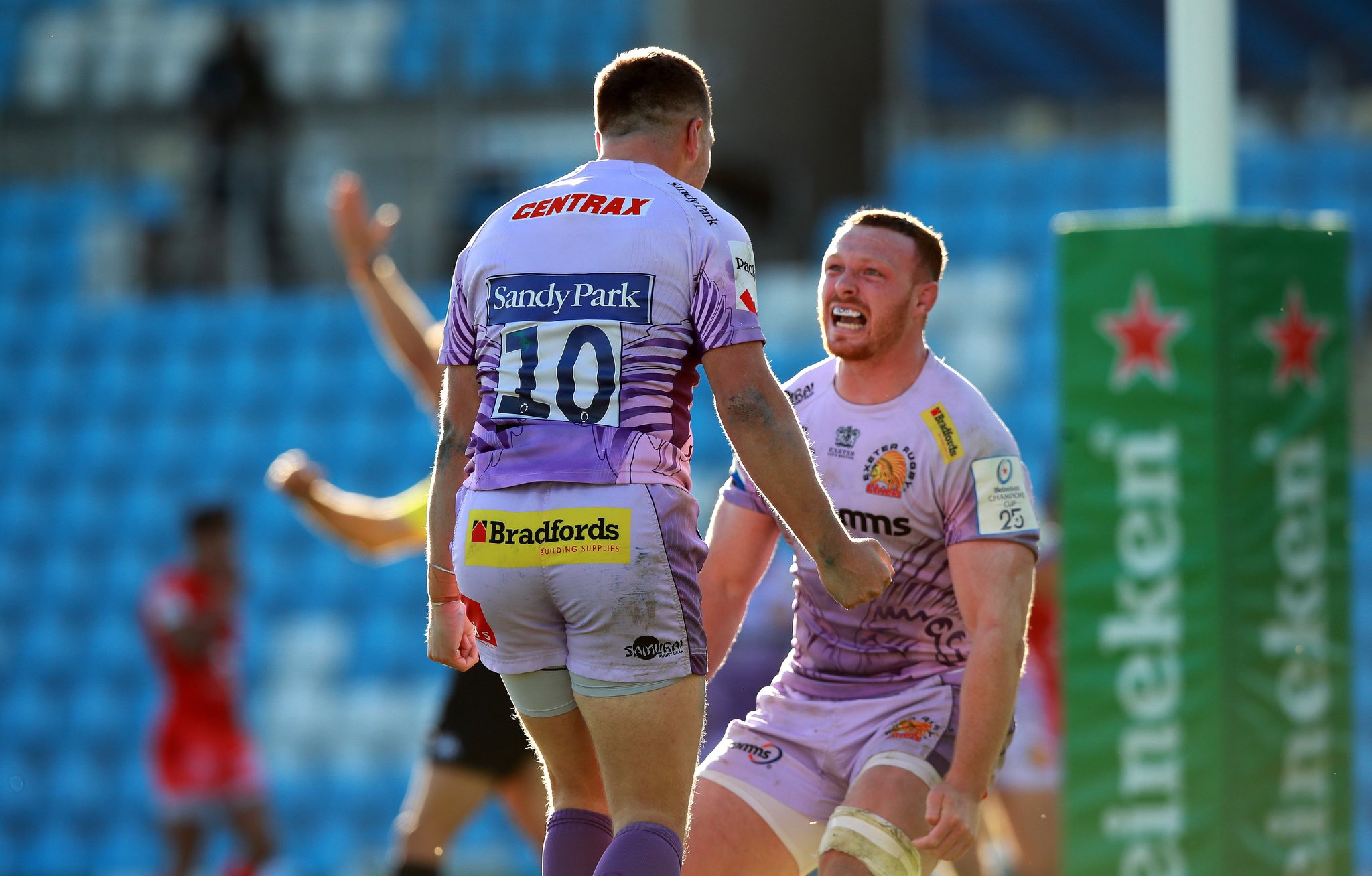 Billy Vunipola was simply excellent for Saracens but he is beat to the side by the sensational Sam Simmonds.

The man of the match in Exeter's victory, Simmonds managed to grab a try for himself while also making over 10 tackles and carries.

He also managed two turnovers once of which being at a time when Toulouse looked certain to score.

Saturday's loss to Racing 92 could well be Wigglesworth's final game for the club and the 37-year-old certainly made it count.

As we have become accustomed to, Wigglesworth's box kicks were extremely accurate and caused multiple problems for Racing and Teddy Thomas in particular.

The scrumhalf's service was shift and clean to Alex Goode and hardly looked off the pace the entire game.

Notable mentions for Maxime Machenaud for his impact that he made via the bench for Racing as well as the always brilliant Antoine Dupont.

Finn Russell looked to have the jersey sewn up after his brilliance to seal the victory over Saracens but Simmonds quickly took the jersey off the Scotmans with an all round outstanding game against Toulouse.

Simmonds marshalled his side around the pitch superbly while also kicking accurately off the boot and out of hand scoring 13 points.

The 23-year-old captained his side to final and put the icing on the cake with this excellent finish to seal a place in the final.

Simmonds sells the dummy and seals a place in the final 🔥 #EXEvTOU pic.twitter.com/7rhBF5CBS0

Tom O'Flaherty shone on attack for Exeter carving up over 80 running metres and beating 7 defenders while Cheslin Kolbe similarly did the same for Toulouse but Sean Maitland nabs a place in the side for a very different reason.

Saracens veteran made over 40 running metres on attack but it was his ability to chase Richard Wigglesworth's kicks and apply the pressure on Teddy Thomas that kept Saracens in the game.

He did this to a high degree of accuracy and was just as effective on the other end of the kicks from Teddy Iribaren.

Not the flashiest performance from a winger but one that was equally as effective and important for Saracens in the game.

One of Toulouse's best at Sandy Park, Ahki does enough to edge the likes of Brad Barritt and Ian Whitten to place in the side with the pair mentioned starring on defence with huge shits.

Only Jonny Gray made more tackles than Exeter centre but he is ultimately beaten to a place in the side by his opposite number on Saturday.

Ahki was arguably Toulouse's best-attacking weapon in their loss to Exter, and they have a lot of them. The former All Black assisted both of Toulouse's tries while also making over 50 running metres while being solid on defence.

An incredibly close call between the two centres from the first game of the day.

The likes of Sofiane Guitoune and Henry Slade where both excellent but Virimi Vakatawa manages to beat him and the sensational Dominic Morris. Morris was an early replacement for Duncan Taylor and he was superb for Saracens on both sides of the ball.

Vakatawa, however, was a threat throughout and combined well with Finn Russell to set Juan Imhoff up for the match-winner. He beat six defenders made two clean breaks and three offloads.

The Exeter back threatened with every touch of the ball while being just as effective on defence as the Chiefs booked their place in the first European final.

Nowell made over 40 running metres and even managed to win a turnover.

Some scathing runs from the Scotsman who was more solid at the back than Zebo who had an error or two while also having more of an impact at fullback than Daly.