The Challenge Cup starts off with Leicester Tigers welcome Ulster at Welford Road, finished off by Bath facing Montpellier.

Here's a look at the clubs' injury updates so far ahead of the weekend:

Leinster's Ciarán Frawley was a late withdrawal from the game against Munster as a precaution with a minor hamstring concern but he is expected to return to training this week.

Caelan Doris was also a late withdrawal from the starting XV but requires further assessment on the calf issue that forced his withdrawal before a final decision is made on his availability.

'It's very important that we start well.' 🔵

It’s the same situation for Jamison Gibson-Park who is still being managed with a hamstring injury and will be further assessed this week ahead of selection.

Harry Byrne was replaced early in the game against Munster Rugby with a hamstring injury and will be further assessed this week.

Unfortunately captain Johnny Sexton continues to be unavailable and will continue to train and be assessed as part of the Graduated Return to Play process.

The 35-year-old failed to return from a Head Injury Assessment during Leinster’s quarter-final win over Exeter Chiefs.

Toulouse have confirmed that 62-cap international Yoann Huget is being operated on after suffering a ruptured Achilles late in the first half of Saturday's 34-16 win against Racing 92.

The 33-year-old 62-test winger has already announced he will retire at the end of the season, however, his career may have been cut short a few matches early. 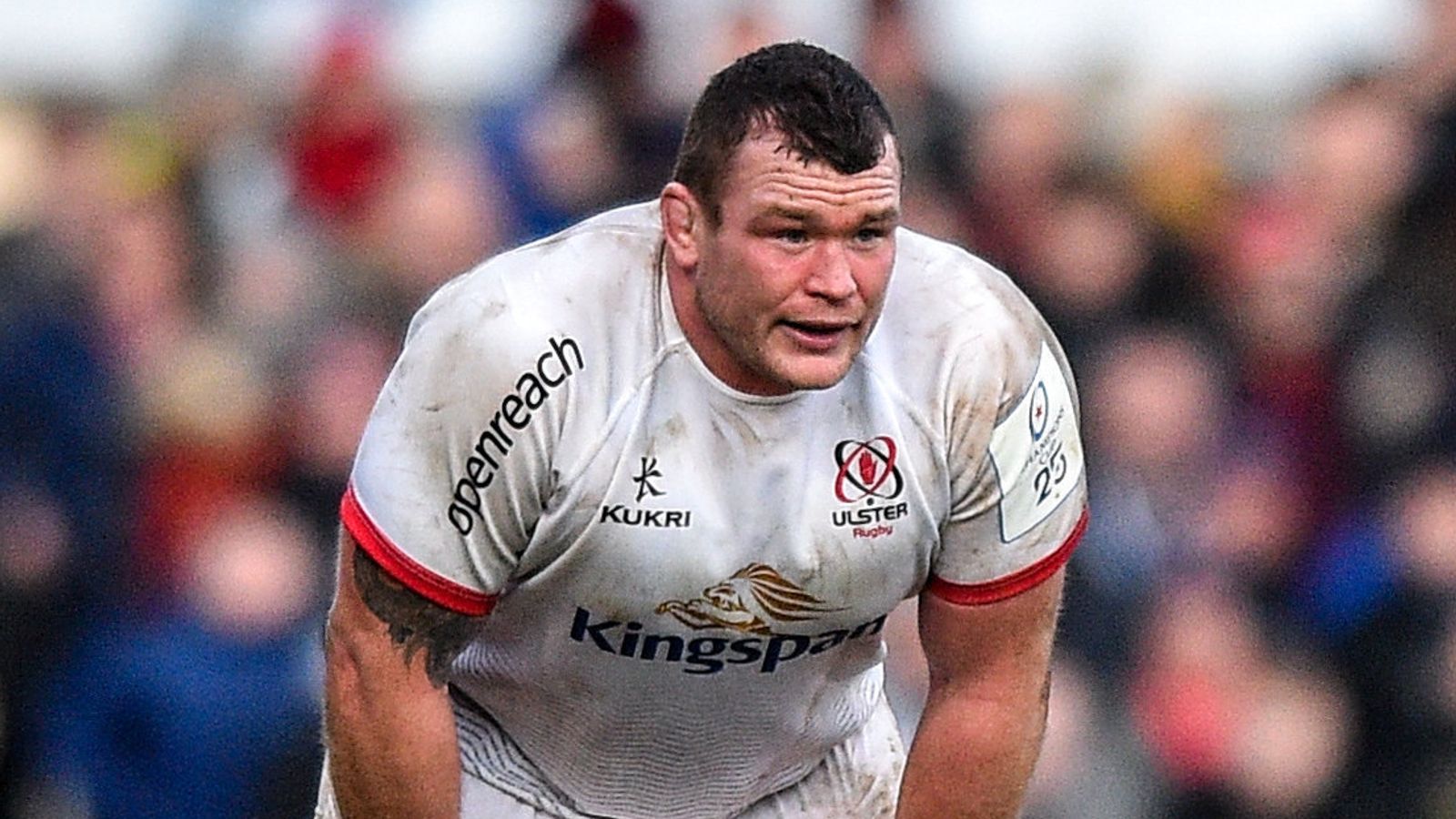 Ulster have confirmed that Jack McGrath had hip surgery last week. He will now begin a period of rehabilitation under the care of the Ulster Rugby Medical Performance team.

The 31-year-old, who has won 56 caps for Ireland, is the only player included in Ulster's injury list ahead of Friday night's Challenge Cup semi-final against Leicester Tigers.

Bath director of rugby Stuart Hooper admitted England tighthead Will Stuart remains a slight doubt for the European Challenge Cup semi-final at The Rec having pulled out late in the day against Wasps with a calf issue but confirmed he was back in training.

“Quite often when you see a late withdrawal it is because they have been battling in the week, so as far as disruption for us at the weekend against Wasps it wasn’t too bad [because Hooper knew there was a strong chance he wouldn’t play].

“We wanted Stuey available. He has trained now, he has trained fully today which was the plan and all being well he will come through a physio check this evening and be available.” 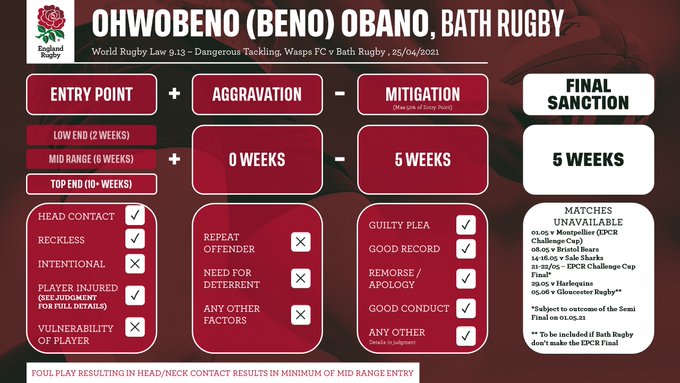 Beno Obano will join the injured on the sidelines after he was ruled out for 5 weeks.

Obano was shown a red card by referee Ian Tempest in the 73rd minute of the match between Wasps and Bath Rugby on Sunday 25 April 2021. This was for dangerous tackling, contrary to World Rugby Law 9.13.

He accepted the charge and was given a five-week suspension by the independent disciplinary panel. Obano is free to play again on 8 June 2021 at the latest, subject to Bath Rugby's upcoming fixtures.