We recap some of the top stories, rumours and confirmed transfers of the week.

Vern Cotter has started to piece his backroom staff at Fiji together bringing in Jason Ryan, Darryl Gibson and former referee Glen Jackson.

Jason Ryan is currently in his fourth season as forwards coach of the Crusaders and is contracted to the Super Rugby champions until next year.

Former Waratah head coach Darryl Gibson also tasted success with the Crusaders, winning four titles as a player during his seven seasons with the team and worked as the head coach with the Waratahs until 2019.

Finally, former referee Glen Jackson joins as the kicking and backs coach after a professional referee career for the better part of 10 years, only hanging up his whistle in 2019. London Irish started the week with no confirmed new arrivals ahead of the return of the Premiership and new season.

However, by Friday the Exiles had announced the arrivals of Wallaby Rob Simmons, England Sevens Star Charlton Kerr, Ealing's Matt Cornish, the return of Tom Homer and the senior Academy intake for 2020/21.

The Exiles have also been linked with Los Pumas and Jaguares' hooker Agustin Creevy.

England winger Gabriel Ibitoye has signed a two-year deal with TOP 14 strugglers, Agen, after a compensation fee was agreed with Harlequins.

A rising star in the Premiership, the 22-year-old scores tries for fun and has represented England at u16, u18 and u20 level. He helped England win the U20 6 Nations in 2017 and helped his country to the U20 Junior World Championship where they finished second, finishing the competition as England's top try-scorer.

The influx of players to Japan continues

On Friday six players were confirmed to be heading to Japan for the 2021 Top League season.

Former All Blacks Aaron Cruden and Ben Smith were confirmed to be the new additions for Kobe Steelers with the former a direct replacement for Dan Carter.

Named after Springbok great Morne du Plessis, Kirifi will stay at the Hurricanes until 2023

The Hurricanes have announced that the contract extension of emerging talent, Du’Plessis Kirifi, until 2023. The 23-year-old flanker has nearly been with the club for two full seasons, after making his debut against the Waratahs in February 2019. Since then, he has gone on to play 27 matches in the Hurricanes jersey – scoring two tries (10 points). Nick Abendanon has revealed that he rejected two Premiership clubs in order to stay in France with the former Bath and England full-back signing a deal with PROD2 side Vannes after Top14 giants Clermont decided not to renew his contract.

The 33-year-old suggested that he would welcome a return to the UK and toyed with the idea of retiring after his deal was not renewed.  In an interview with RugbyRama, Abendanon revealed that he and his family ultimately wanted to stay and that he turned down offers from two Premiership clubs, Leicester Tigers and London Irish.

A group of American businessmen are reportedly interested in buying South African Super Rugby franchise The Stormers for the sum of $6 million (about R100 million), according to a report by IOL Sport.

The cash-strapped Western Province Rugby Football Union is entertaining an offer the group of businessmen from New York-based MVM Holdings according to the report. The company is headed by South African Marco Masotti, who is recognised as one of the USA’s leading lawyers in the private equity and hedge fund fields.

Saracens have announced that flanker Mike Rhodes has extended his contract at the club. The South African, who arrived in north London in 2015, has put pen to paper on a one-year deal.

He featured 27 times in his debut season at Sarries, helping Mark McCall’s side to an historic European and domestic double. The following season Rhodes starred in the Men in Black’s successful Champions Cup defence and his efforts were recognised by his teammates as he was crowned Players’ Player of the Year.

Julian Savea Returns To The Hurricanes

It's official, the Bus has returned to Wellington ✍️

Julian Savea's return to the Hurricanes as been confirmed with the former All Blacks winger returning to his former Super Rugby side for the final two matches of Super Rugby Aotearoa.

The man nicknamed 'The Bus', scored 46 tries in 54 tests in the Black jersey, has been snapped up by the injury-hit Hurricanes for their final two matches of Super Rugby Aotearoa, coach Jason Holland confirmed on Monday.

The older of the two Savea brothers bid the Hurricanes farewell after his 116th match in the 2018 semifinal defeat to the Crusaders. The New England Free Jacks have added experienced and powerful loose forward Lubabalo (‘Tera’) Mtembu to the playing roster for the 2021 season in Major League Rugby.

Mtembu will join the Free Jacks on a three-year contract from the Sharks Super Rugby and Currie Cup teams, where he captained the Super Rugby side in 2016 and 2017 and led the Currie Cup Campaigns in 2014 and 2019. 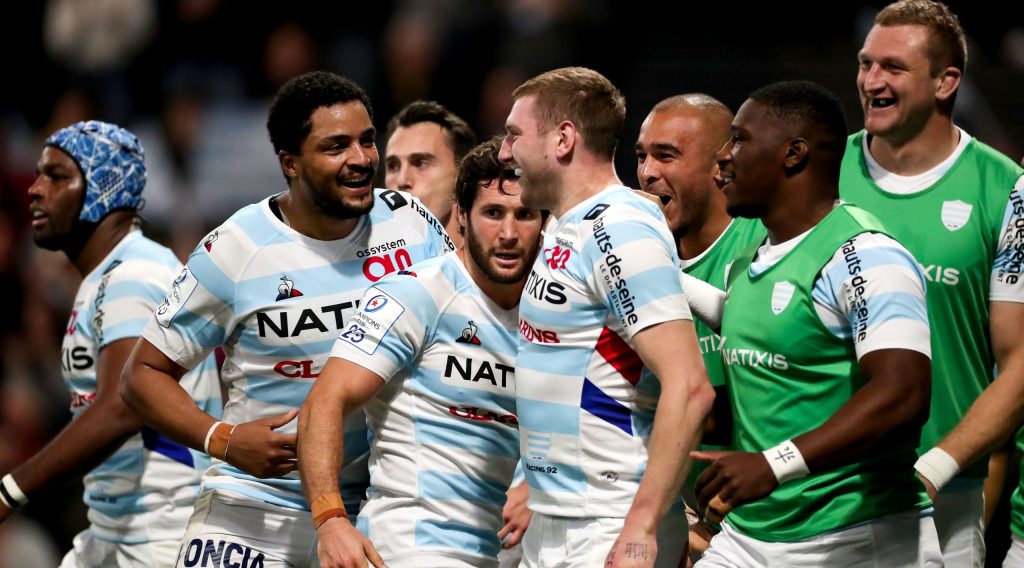 The Ligue Nationale de Rugby (LNR), the governing body of the TOP14 and PROD2 has commenced legal proceedings against World Rugby according to a report by Owen Slot at The Times.

The fall-out between World Rugby and the clubs has escalated further following the confirmation of a seven-week test window from October with the regular window normally just three weeks. Destructive loose forward Alex Tulou has opted not to sign for ProD2 club Beziers despite multiple reports in France with the back-rower instead signing a one year contract with Lyon.

Tulou was linked with Clermont Auvergne as well after his reported move to Beziers was said to be contingent on the club being bought out by UAE investors.

Harlequins have announced the signing of former Scotland U20 tighthead prop Mak Wilson.