The All Blacks star will miss next year's Super Rugby season with the Blues to join the Top League side but will return in time for the international season.

While Barrett certainly is a big name signing for the club, he is far from the only world-class test star who has turned out for the Japanese club. At the moment the club has Wallaby star Samu Kerevi on their books as well as fellow Australia Sean McMahon. Former Highlanders' lock Joe Wheeler is also on the club's wage bill as well as winger Tevita Li.

We take a look at the former stars who have joined the club over the years.

One of the most notable recent additions at Suntory, Matt Giteau joined the club after his stint at Toulon.

He guided the side to victory in his first season at the club before Dan Carter signed for Kobe - who beat Suntory in the final the next year.

After playing for the Crusaders in Super Rugby, Pisi moved to Toulon and spent two seasons at the club.

Like in the case with Giteau, Pisi left Toulon and joined the Top League club and spent six years at the club while also playing for the Hurricanes.

He helped Suntory to three titles before departing the club for Bristol Bears.

Yet another star that joined the club from Toulon, George Gregan joined Suntory in 2008.

He stayed at the club for three years winning the competition in his final year with the side before retiring from all forms of the game.

The Wallabies' legend played 136 tests for the Wallabies scoring 116 points.

Wallabies great George Smith became the highest-paid Australian rugby player, at the time, when he signed with Suntory Sungoliath, on a $3.3 million three-year deal in 2011.

During his time at Sungoliath, he also represented the Brumbies and Stade Francais on short term deals that the club approved.

A stint with Lyon followed as well as Wasps before he returned to Suntory. In total, he won three titles with the club before joining Bristol Bears.

Danie Rossouw was part of the Eddie Jones squad that won back-to-back championships in 2011 and 2012 before he did the opposite of Gregan and co by joining Toulon after his stint in Japan. 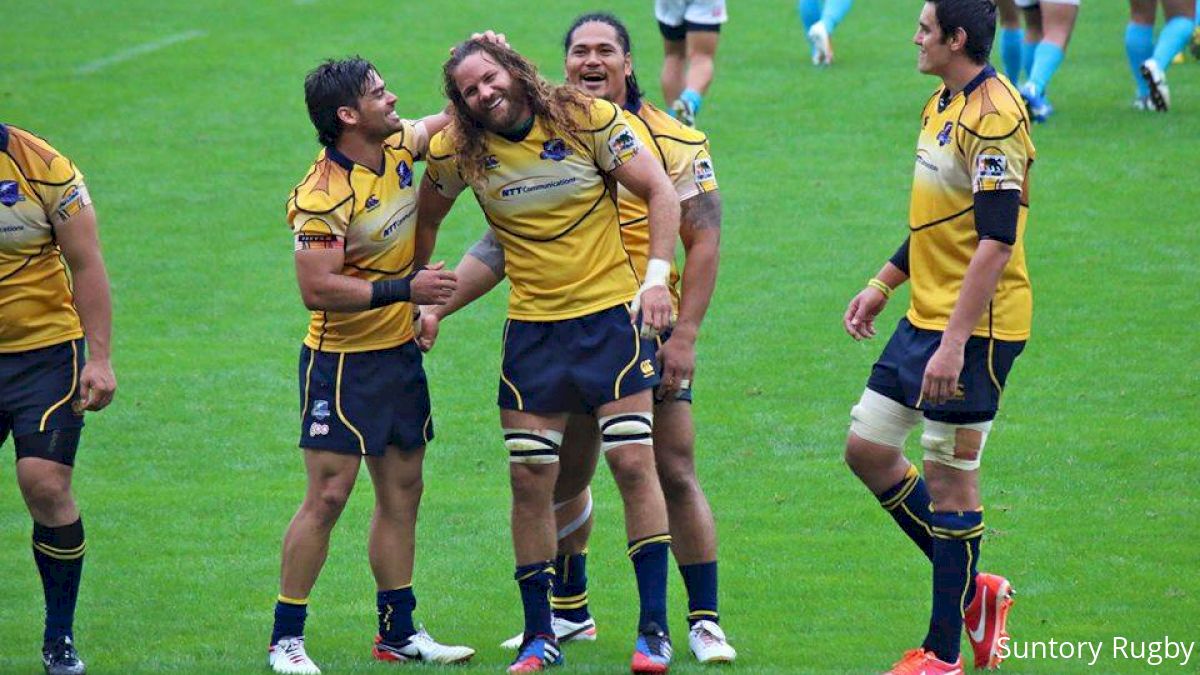 Former USA captain, Todd Clever travelled the world during his playing career with a stop in Japan with Suntory seeing the American win a Top League title with the side.

Suntory replaced one of the all-time greatest scrum-halves, with another with Springbok Fourie du Preez joining the club after the 2011 Rugby World Cup.

Du Preez also won three titles with the club, two with Eddie Jones in charge, and his last coming in his final season as a professional.

During the latter stages of his career with the Stormers, Schalk Burger spent the Currie Cup seasons in Japan with Suntory.

In 2016, he joined Saracens where he would finish his career.

The World Cup winning in 2011, joined Suntory for one season in 2016 during the Super Rugby off season.

He also won the Top League with the side and currently plays for NEC Green Rockets while also turning out for Brave Lupus in the past.