A Face-Off of the Stand-Offs: Pollard v Russell

July offers a mouth-watering prospect which is sure to pique the interest of rugby fans across the world in the form of two of its top fly-halves facing off on the international arena.

A daunting challenge awaits the Scots in the coming months as they make the journey to the tip of Africa to take on the World Champions in their own back yard on the 4th and 11th of July.

With Finn Russell’s much publicised feud with Scotland head coach Gregor Townsend seemingly at an end, the pair may now turn their attention to the prospect of the 1.88m, 96kg frame of Handre Pollard, who will stand opposite Russell on the field of play.

Russell, through his silky handling skills, educated boot, pace and enterprising rugby brain, has crafted a deserved reputation as one of the most mercurial talents the game has in its possession today.

The 27 year old, who began his working life as a stonemason, is no stranger to South African shores, having risen to prominence in the IRB U20 World Championship in 2012. His efforts on the pitch in that tournament attracted the attention of Townsend (then coach of Glasgow Warriors), who swiftly signed the youngster.

2013 saw Russell make his professional debut for Glasgow against Zebre, but the fly-half (who is also comfortable in the inside centre channel) currently plies his trade in France, as does Pollard, the former for Racing 92 and the latter for Montpellier.

Pollard’s rise to the top has been steady and scripted, having been in provincial colours since the age of 13.

His curriculum vitae is impressive, most notably an U20 Junior World Championship title in 2012 and last year’s World Cup under his belt.

What lends the match-up all the more flavour are the striking similarities between the two number 10s’ style of play.

While it can be said that Pollard may have more bite on defence, his attacking skills are mirrored in the play of Russell; both are quick, vision comprises a large portion of both their respective arsenals, both have evident hunger for and skill in taking a gap while there is little difference in the accuracy of their passing and tactical kicking. 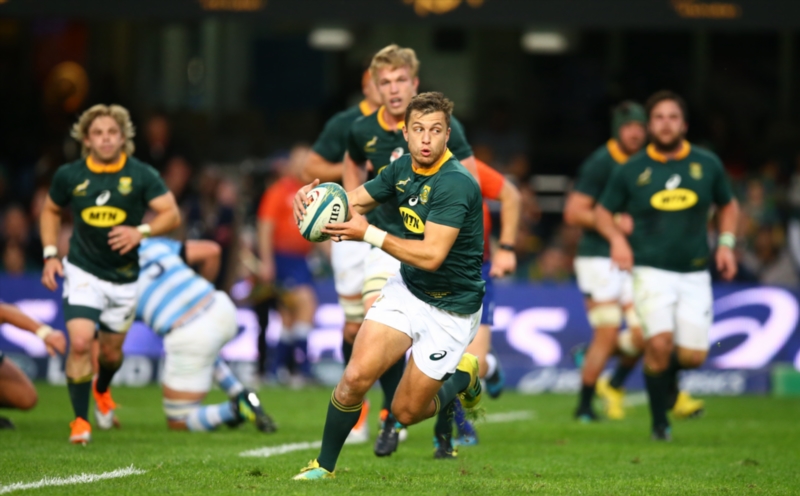 The two have met recently before, when Russell’s Racing 92 narrowly beat Pollard’s Montpellier 29-25 in December 2019 – a game which Pollard will be eagerly looking to make amends for. This will be the first time, however, that they will square up with their countries’ jerseys on their backs.

As with all games of rugby, much will depend on which fly-half’s pack of forwards will gain ascendency and thus offer him more time with ball in hand – one has to fancy Pollard’s chances here- with this in mind, though, if Russell’s performances have taught us anything, it is that he will be underestimated at his opponents’ peril.