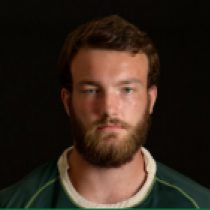 Eames began his rugby journey at Newark RFC, and went on to make his first team debut as a 19 year-old back in December 2013 for Nottingham Rugby.

The lock-forward made his debut for Nottingham at just 19-years-old in December 2013 and developed into a regular starter by the close of the 2015/16 season.

He became a regular starter throughout the 2015/16 season, and penned his commitment to the club, staying until the 2016/17 campaign and beyond.

Eames joined Doncaster Knights ahead of the 2017/18 season from Nottingham Rugby.