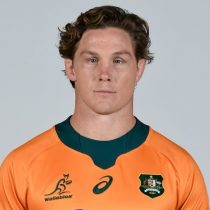 Very much the traditional 'fetcher', Hooper is a graduate of St.Pius X College in New South Wales. Born in October 1991, Hooper quickly established himself in the world game as a tearaway openside who can cause havoc at ruck time. Fresh out of school, Hooper made his debut in Super Rugby for the Brumbies against the Chiefs in Canberra.

Two years later and having become a Wallaby, Hooper made the decision to leave the Brumbies and join the Waratahs, one suspects the presence of David Pocock at the Brumbies had a heavy influence. Hooper appeared in the 2011 IRB Junior World Championships and was named as international player of the tournament.

Having cemented his place in the Wallaby, the team he was unveiled as Captain for the side in 2014 and continued to be a part of Cheika's set up heading into the 2015 Rugby Championship and RWC. Since making his Test debut against Scotland in 2012, Hooper recorded 50 caps in the shortest time of any player (3 years 4 months) and became the second-youngest player to hit the milestone when he ran out against Argentina in the 2015 Rugby World Cup semi-final.

In 2016, Hooper became just the fourth player to win multiple John Eales Medals and has won the NSW Waratahs' Matthew Burke Medal four years running. In August 2017, at 25 years of age, and already a veteran of 68 Tests, Hooper was named as the Wallabies new captain following Stephen Moore's decision to immediately step down from the role ahead of his retirement from international rugby at the end of the 2017 season.

Hooper has experience in the role after he stepped in when Moore was injured in 2014, and in doing so became the 82nd player to Captain the Wallabies, as well as the youngest (22 years 223 days) since Ken Catchpole in 1961.

Hooper featured in all three of the Wallabies tests against Ireland but picked up a hamstring injury in the third test which ruled him out of the remainder of the Super Rugby season. He was named as the Wallabies captain for the Rugby Championship before signing a new five-year deal with Rugby Australia which makes him one of the highest-paid Southern Hemisphere players and the contract will see him remain in Australia for the next two Rugby World Cups.

Now a five-time Matt Burke Cup winner, known for his resilience and durability, Hooper has captained the national side during the previous three World Cups.

Hooper took his test cap tally to 99 during the Wallabies' 2019 Rugby World Cup campaign and entered the 2020 Super Rugby season having stepped down as the Waratahs captain. Hooper was the quickest player to earn 100 Super Rugby appearances and is set to set the same record at test level.

In September 2020, he was re-appointed Wallabies captain. He has played 46 tests as captain, including through two World Cup campaigns.

In October Hooper announced a move out of Australia when he signed for Toyota Verblitz. Later in October, Hooper earned his 100th test cap, narrowly missing the mark as the youngest to do so after missing a 2019 World Cup game due to injury.