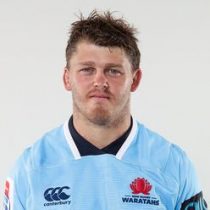 Sandell attended St Joseph's College, Hunters Hill where he played in the 1st XV rugby team from 2011 to 2013 as tight-head prop. He was selected for the Australian Schoolboys side in 2012 and 2013, winning the Trans-Tasman Shield in New Zealand in 2012, and touring with the team to Europe in 2013.

After joining the Sydney University rugby club and making his debut in the Shute Shield, Sandell was selected to represent Australia at the 2014 IRB Junior World Championship hosted by New Zealand.

Later that year he was chosen in the Sydney Stars squad to compete in the inaugural National Rugby Championship.