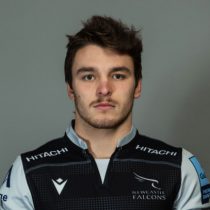 Carreras burst onto the scene with a number of stellar performances for the Los Pumitas during the World Rugby U20 World Championship in 2018.

Later that year, the speedster was named in the Argentina 7s squad for the Sevens World Cup in Colorado where he would make his debut in the shorter format of the game.

In November 2019, Carreras was named in the Jaguares squad for the 2020 Super Rugby season.